Abeiku Santana leads a team to visit NAM 1 in Dubai

Ghanaian broadcaster Abeiku Aggrey Santana has “led” a “visiting legal team” from Ghana to the United Arab Emirates to as it were “defend” troubled businessman and CEO of Menzgold Ghana, Nana Appiah Mensah. 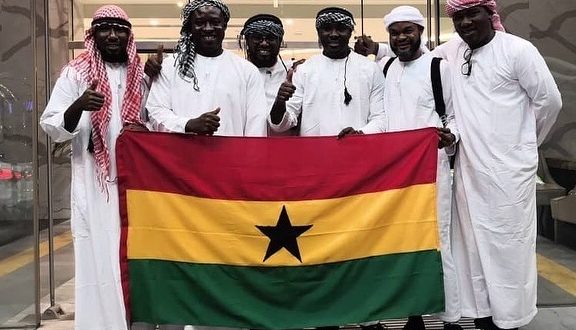 NAM1 is standing trial in Dubai over his alleged involvement in a purported $51 million gold scandal. He is believed to have been arrested in Dubai on December 7, 2018, after a botched gold deal himself and Emirati firm, Horizon Royal Diamonds.

Abeiku Santana took to his Facebook page to post the trip to Dubai with a picture of 6 men in Islamic costumes with the caption “when the Ghana legal team, led by Barrister Abeiku Santana arrived in #Dubai to defend #Nam1 @ Dubai, United Arab Emirates.”

Mr. Santana has confirmed his visit to Dubai in a telephone interview with daily graphic. However, this trip is not one of a legal team going to UAE to defend NAM1. It is a package from a travel and tour agency which Abeiku Santana is helping to promote.