Hundreds of aggrieved customers of troubled gold dealership firm, Menzgold Ghana held a demonstration exercise on Tuesday at Tarkwa in the Western Region. 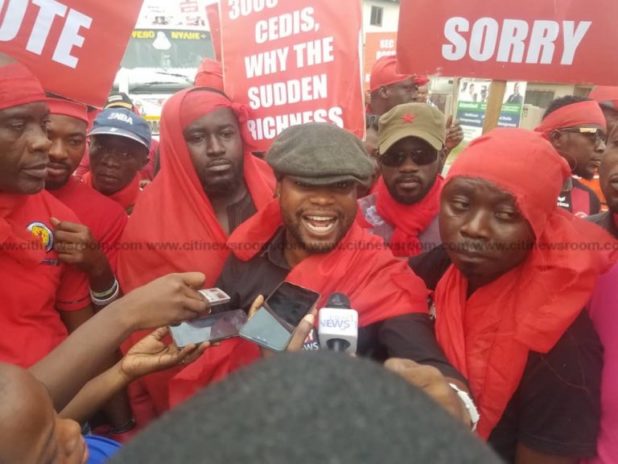 The demonstration was aimed at putting pressure on government to help them retrieve their locked up investments.
This follows government’s failure to meet a three-day ultimatum they gave it to provide a clear roadmap on how to recover their locked up cash. 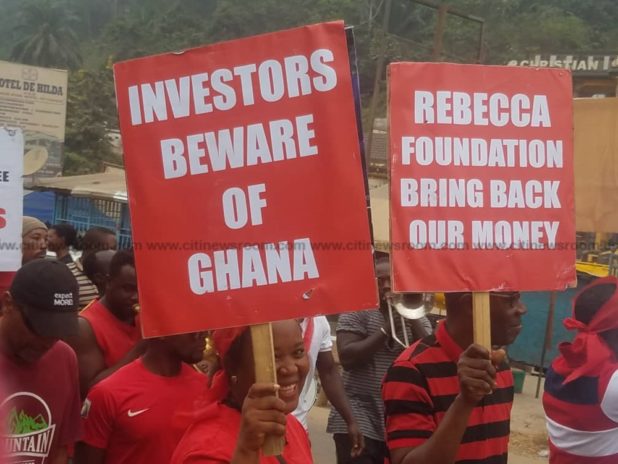 They wore red and black attire while they carried placards with inscriptions including “We want our money”, “No money no Vote” as well as a picture of President Nana Akuffo Addo shaking hands with NAM1.

The spokesperson of the aggrieved Menzgold customers, Kwabena Bonzo together with other worried customers told Citi News they will never let go of their investments. 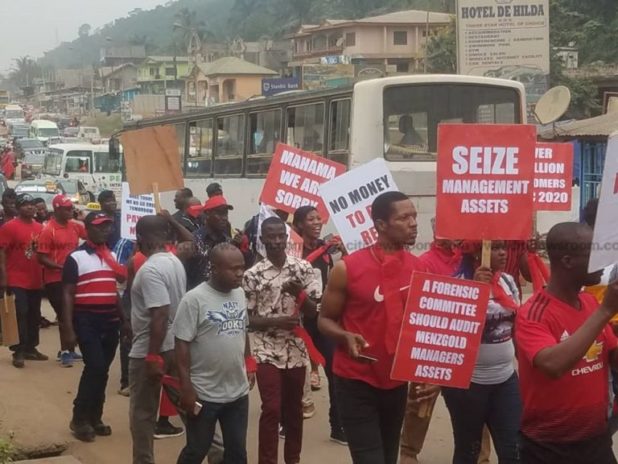 “We have been victims of Government’s so called Ponzi scheme.  It is their directive that shut Menzgold down. And as customers and citizens of Ghana, we expect government to work in our interest so we don’t loose a penny.

But over six months since this incident happened, government and the institutions have sat down for NAM 1 to operate and have his freedom.”

“So we are on the streets today to demand justice from the President for failing to address this national security threat. We are therefore calling on the government to as a matter of urgency act and protect the citizenry, he added.

This is about the fourth time aggrieved Menzgold customers are staging a demonstration to demand the release of their investments.
Menzgold’s challenges
In 2018, over two hundred customers of Menzgold besieged the premises of the company’s head office at Dzorwulu to demand payment of their locked up investments.
On December 19, some 100 retired and active police officers at the Kasoa Divisional Police Command in the Central Region also filed a writ at the Accra High Court against the company.
Menzgold was asked to suspend its gold trading operations with the public by the Securities and Exchange Commission (SEC).
According to the SEC, Menzgold had been dealing in the purchase and deposit of gold collectables from the public and issuing contracts with guaranteed returns with clients, without a valid license from the Commission.
This, the SEC said was in contravention of “section 109 of Act 929 with consequences under section 2016 (I) of the same Act.”
The company was however cleared to continue its “other businesses of purchasing gold from small-scale miners and export of gold.”
Despite initial protests, Menzgold complied with the directive.
It has however failed to fully pay its numerous aggrieved customers the value on their gold deposits as well as their entire investments.
–
By: citinewsroom.com |Ghana