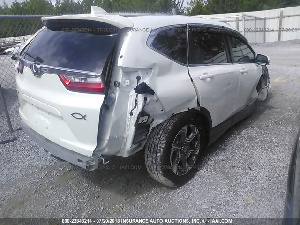 Government says it wants to ban the importation of over age second-hand, salvaged cars

The Automobile Dealers Union-Ghana (ADUG) has stated its intention to engage in an unprecedented demonstration if parliament goes ahead with its plan to ban the importation of second hand cars.

The Majority Leader of Parliament, Osei Kyei-Mensah Bonsu, recently made known that Government was working towards a bill that will ban the importation of over age second-hand, salvaged and accident cars.

The National Chairman of the Automobile Dealers’ Union-Ghana has however reacted to this announcement by stating that such a move will trigger a demonstration that has never happened in the history of the country.

In an interview on the Happy Morning Show aired on Happy 98.9FM, he said: “If parliament passes a law to ban second hand cars, what we are saying is ‘Boboli bobo’ part one and two. The demonstration we will be doing in this country will be a naked demonstration that has never happened before. We will do this to make the parliamentarians know that the country is not theirs. The country is for all of us”.

According to him, the Union is ever ready to comply with the ban of cars above 10-years and those that are not ‘drivable’ on our roads. However, if 10-year old vehicles and salvage cars which can be fixed were also banned, then that would be extreme.

“I suggested that any car that was drivable even though there may be a faulty tail light, etc., and those things can be fixed before it is brought to the country, let’s accept it. We concluded by stating that salvaged cars can come into the country after it has been fixed but all other cars we deemed unfit to drive on the road was to be banned”, he added.

The Majority Leader of Parliament, Osei Kyei-Mensah Bonsu has however explained that Government’s decision to look into the amendment of the law on the ban of importation of overaged and accident vehicles is as a result of several automobile companies seeking to establish outlets in Ghana.

Previous R. Kelly accused of sexually abusing another teen in new indictment
Next JUST In: NPP Parliamentary Aspirant OPK, 4 others injured in an accident

By:brightwebtv.com/nana asare barimah   Persons who were picked up during contact tracing after a test …