The new Metropolitan Archbishop of the Catholic Archdiocese of Accra, Most Reverend John Bonaventure Kwofie has commended former President Jerry John Rawlings for standing up for the poor and underprivileged in society. 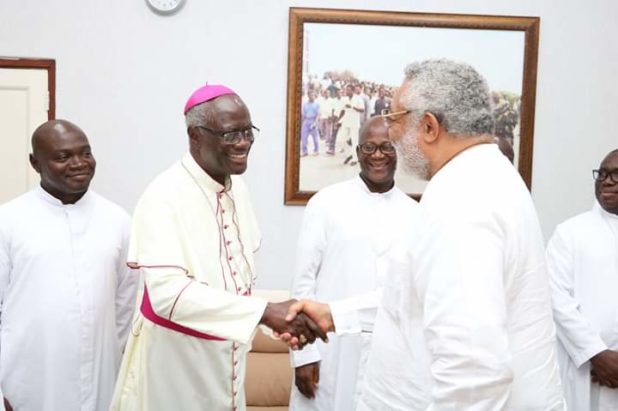 Archbishop Kwofie said the respect and commitment the former President had demonstrated towards the youth is something that is appreciated and recognized by many.

The Metropolitan Archbishop commended the former President when he called on him at his office in Accra on Wednesday. 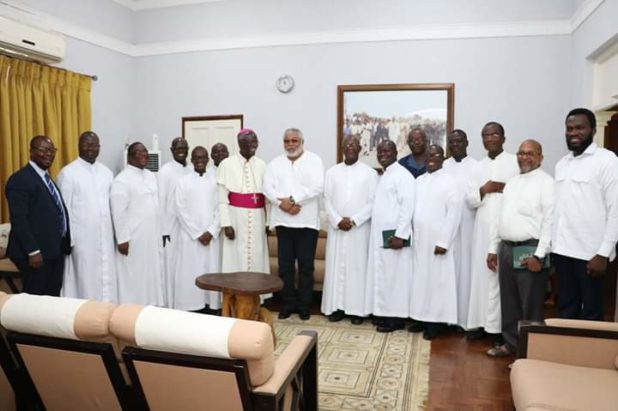 Accompanied by leading clergy from the Archdiocese, Most Reverend Kwofie said former President Rawlings was an Apostle fighting against injustice and the protection of the core values of society. 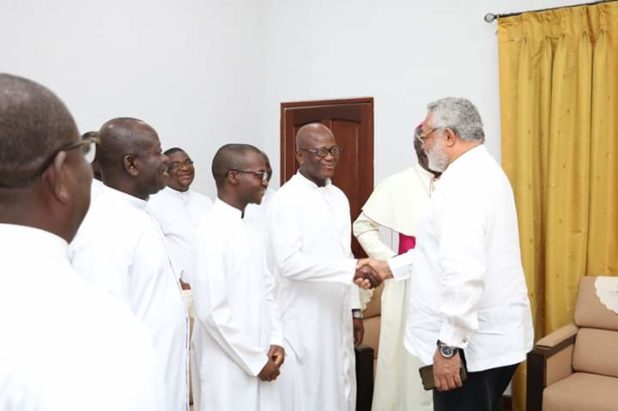 Recognising that the former President was an angry man because of wrongs in society, Archbishop Kwofie said: “We have come to pledge togetherness with you. We are here because of who you are in the country. We are all working to make society and Ghana better.”

During the two-hour meeting which focused on local and international politics, society and leadership, former President Rawlings urged Catholic clergy to endeavour to speak out against wrongs in society as they used to do in the past. 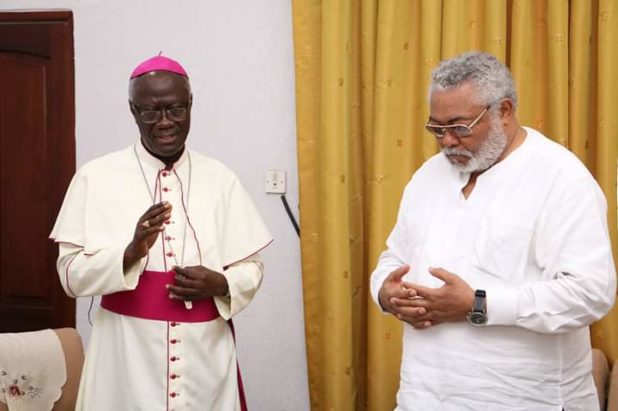 “You’re letting us get away with too much. We are getting immune. The church has been monetized and in giving undue publicity to charlatans and frauds posing as religious leaders we help not only to expand their activities and influence but we also contribute to keeping people ignorant. The Catholic Church and other formal and traditional churches still maintain a high level of respect and credibility and must speak up. Our beautiful country and people deserve better from political leaders from all political divides,” former President Rawlings said.

Earlier the Catholic delegation informed the former President that as a parishioner of the Accra diocese they had come to check how well he was, impart their blessings and wish him well.

Most Reverend John Bonaventure Kwofie was appointed Metropolitan Archbishop of Accra by Pope Francis on January 2, 2019. He was officially installed as Archbishop on March 1, 2019. Prior to his new posting he was the Bishop of the Sekondi-Takoradi Diocese of the church.

Previous BREAKING NEWS: Two women gang-raped to DEATH at Abrepo in Kumasi [Attached PICTURES]
Next No Mismanagement at NLA