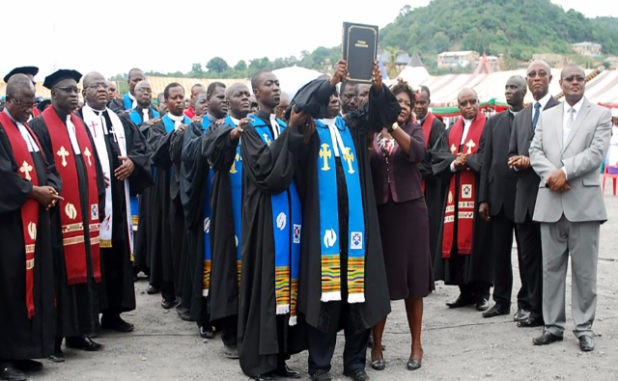 The Clerk of the General Assembly of the Presbyterian Church of Ghana, Rev. Dr. Samuel Ayete Nyampong, has revealed that a huge number of Presbyterian ministers want to divorce their wives.

According to him, most of the ministers say they are frustrated with their marriages and want it terminated.

He said most of them have already written letters to the Presbyterian Council seeking permission to dissolve their marriages due to unbearable circumstances.

Rev. Ayete made the disclosure while speaking at the 155th Anniversary celebration of the Ebenezer Congregation – Kyebi, Presbyterian Church of Ghana.

He said Christians generally need to repent and be far away from anything that could lead them into sin.

He said Christians are supposed to emulate the life of Christ, but many people have so far not lived up to that.

In his view, the corruption and other issues facing the country are reflections of the unchristian and corrupt conducts of the followers of Christ.

According to him, such acts not only ruin marriages and homes but also wrecks nations.

“I presented a report to the general assembly on the number of letters that come to my table from ministers requesting to be allowed to divorce their wives, they are frustrated…this calls for repentance,” Rev. Ayete said.

He said there are Christians who “in public show themselves to love one another but they bear grudges in the various homes”.

Such behaviours, he said, must be halted immediately.