In the studios of Okay FM in Accra, the man of God brought an empty box of paper and started ripping newspaper into pieces . 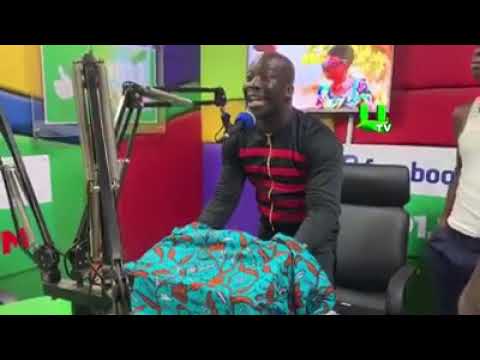 Before that he asked them to check and see if the box was really empty to which they replied in the affirmative.

After tearing it into pieces, he took a shirt of one of the panelists and covered it with the shirt and out of nowhere started pulling out money.

Kumchacha explained that the box actually had 2 compartments, the side that had nothing inside was what he showed before beginning the process.

When covered with the shirt, he then flipped it over and started pulling the money from the hidden compartment where the money was.

So next time when you see some charlatan on the streets demonstrating this scam, volunteer to be the one to check if the box is really empty and expose his lying ass lol.

Previous Agric Minister lied; I only gave him a smock not a chieftaincy title – Yagbonwura
Next Police confiscates 120 cartons of fake alcoholic beverages