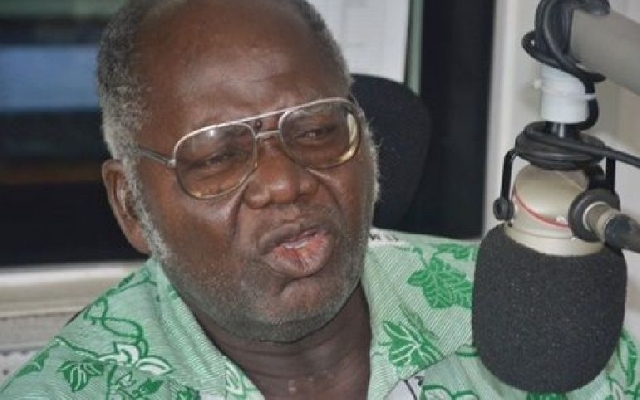 Osofo Kofitse Ahadzi, an adherent of African traditional worship has kicked against the construction of a national shrine in Ghana.

With a national mosque in existence and moves by the Akufo-Addo government to establish a national cathedral, a section of followers of traditional religion have made arguments for the erection of an edifice for their deities, too.

However, Osofo Kofitse Ahadzi, a cultural anthropologist and senior member of the Afrikania Mission, holds a contrary view, as he explains that the funds would be put to a better use if allocated for developmental and productive projects.

Additionally, he is of the view that the African traditional religion is not structured like other forms of religions such as Christianity and Islam.

He pointed out that different forms of traditional worship and different deities exist across different families, clans, towns, tribes and communities and, so, virtually impossible to house all of them in one building.

Osofo Ahadzi also said he cannot fathom how a deity associated or attached to a particular creation like a river, or a town god could be moved from its original location into a building situated in the country’s capital city.

“Our traditional custom of belief is not mechanised like the Christians or Muslims, so, we do our things within our localities. Are we going to call all the people to come and assemble at one place? No! It is not possible. Antoa [in Kumasi] will not [move and] come here [Accra]. Nogokpo [in the Volta Region] will not [move and] come here [Accra],” he told Benjamin Akakpo on Class91.3FM’s Executive Breakfast Show on Thursday, 21 November 2019.

He, has rather, suggested that: “If the state has money, it must use it for something more productive, instead of wasting it on some so-called national shrine and national cathedral”.

His comments come in the wake of a comment by the Minister of Chieftaincy and Religious Affairs, Mr Samuel Kofi Dzamesi, that he has received petitions from some traditional worshipers which could be considered.

“I think that since the Constitution allows freedom of worship, we will study it very well and see how possible that will also be. We are not ruling out traditional shrines,” he added.