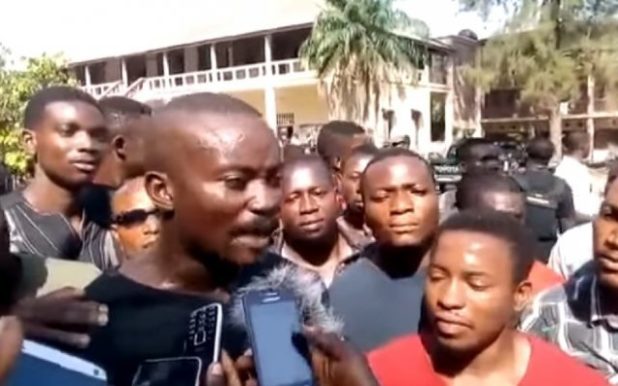 The leader of pro-government militia group Delta Force, Mr Kwadwo Bamba has described as false, reports that a member of the group has been arrested in connection with the kidnapping of two Canadian young women at Ahodwo in Kumasi.

The Canadians were rescued on Wednesday, 12 June 2019 at Akyease in the Asokore Mampong municipality of the Ashanti Region after eight days in captivity.

Social media has been awash with claims that one Mr Seidu Yakubu Mba of the Delta Force is the arrested ringleader of the kidnappers.

Mr Seidu Mba was allegedly among the Delta Force members who stormed the Kumasi Metropolitan Authority Court in 2017 to free their colleagues who, at the time, were standing trial for assaulting the Ashanti Regional Coordinator.

But Mr Bamba told OTECNEWS in an interview on Wednesday June 12, 2019 that the dissolved militia group had a director called Mohammed, also known as Seidu, who is being confused with one of the arrested suspects in the kidnapping case.

He alleged that the reports have been masterminded by the main opposition National Democratic Congress (NDC) to discredit the group and the governing New Patriotic Party (NPP).

Mr Bamba, therefore, called on Ghanaians to disregard the report because it is “palpably false”.

By:brightwebtv.com nana Asare barimah The Ghana Armed Forces is proud and delighted to have been …