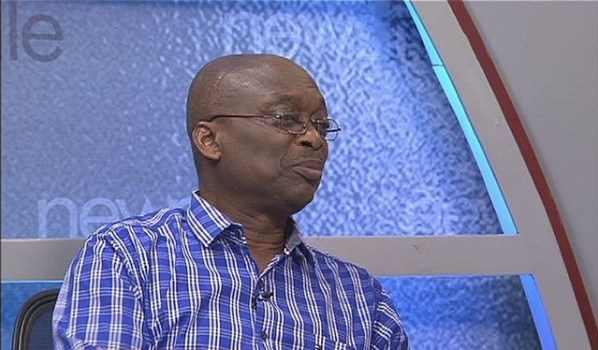 The Editor-in-Chief of the New Crusading Guide Newspaper, Abdul Malik Kweku Baako has charged the the two big political parties NPP and NDC to mobilise their members to stop fake prophets who have infiltrated the environment.

He further called on Ghanaians regardless of their ideologies, philosophies and political colours to rise up boldly and speak against these prophets he called charlatans who have occupied the political spaces.

Some pastors in recent past have been engaging in prophetic battle as to which Flagbearer or political party will win 2020 general elections and bigwigs in society who will die and those who will be hit with accidents.

But speaking on Metro TV Good Morning Ghana monitored by MyNewsGh.com, he feared the attitudes of these fake pastors and Owusu Bempah if not checked will create a big problem for the country.

Mr Baako suggested that the preaching and attitudes of these fake pastors need to be checked to prevent them from further bringing the name of Christendom into disrepute.

‘A reversal of our national integrity, also some characters of dubious pedigree have infiltrated the environment, they are polluting the Ghanaian political space. And I’m telling you it will stop, it will come to an end, we have to aggregate Ghanaians regardless of their political differences, ideologies, philosophical differences, there is the need to identify a creeping phenomenon,’ he pointed out in the video sighted by MyNewsGh.com.

According to him, pastoral buffoonery exhibited by the Founder and Leader of Glorious Word Power Ministry International must be stopped before he cripples the political space with his fake prophecies.

He charged NPP members who are not comfortable with Owusu Bempah’s posture to immediately stop him and disown him publicly for making the party unattractive.

He advised the political parties to stop giving these fake pastors prominence who preach with impunity.

‘I was clear in my mind that we are helping to generate or grow a certain phenomenon that could create a lot of problems for this country. I appeal to the political parties to distance themselves from these characters, they are many let’s be honest, …I look in my mind’s eyes some Ghanaians sooner than later aggregating, congregating, and galvanizing to ensure that this pastoral buffoonery ceases,’ he hoped.

The Editor-in-Chief of the New Crusading Guide Newspaper explained that this campaign against Owusu Bempah and fake pastors who have become powerful in the political space because of their fake prophecies has nothing to do with his religion.