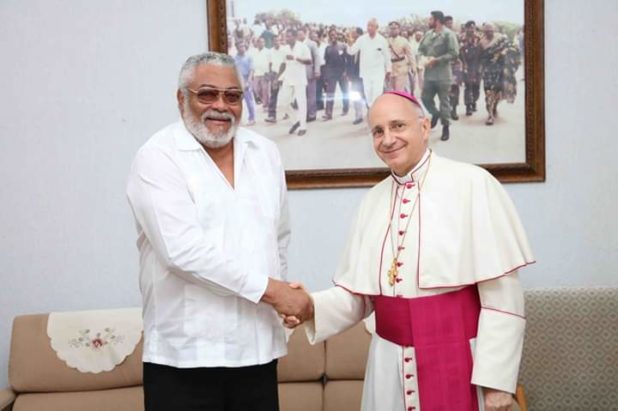 Former President Jerry John Rawlings, has in a meeting with the outgoing Apostolic Nuncio to Ghana, Monsignor Jean-Marie Speich, urged leaders all over the world to take a cue from the recent retreat Pope Francis had with South Sudanese leaders in the quest for lasting peace in their war-ravaged country.

The former President said, “the significance of what the Pope did by going down on his knees to kiss the feet of President Salva Kiir and Vice President Riek Machar should not be lost on the world, humanity, mankind and especially those of us on this continent.” 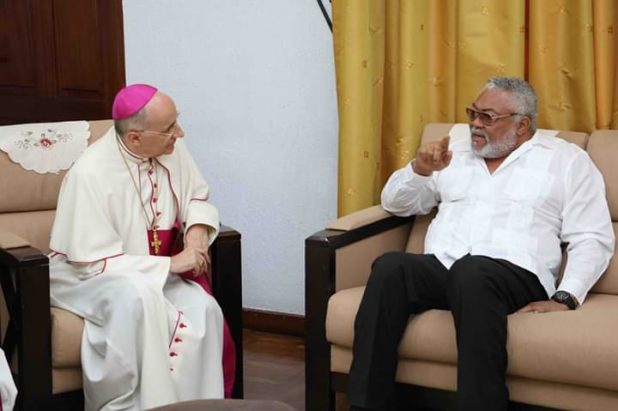 Flt Rawlings said at the meeting on Tuesday that, though he was pretty much against the International Criminal Court (ICC) that seems to be trying mostly Africans instead of some of those who are responsible for many of the conflicts in the world, he will not hesitate to personally offer to march the South Sudan leaders to the ICC should they fail to defuse the pain and stress in their country after the Pope put aside his rank and dignity and went on his knees and begged for peace. 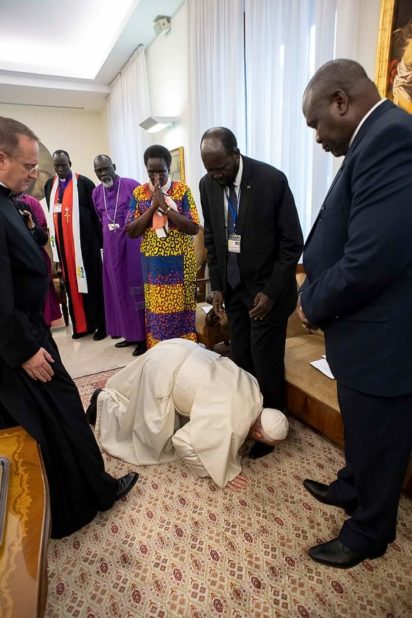 “The stress and strains of conflict in South Sudan have led to the deaths of many people and created thousands of refugees. The kind of begging and appeal as intense as what the Pope did should be reciprocated tenfold and with a better demonstration of sensibility and respect for human life and dignity,” the former President said. 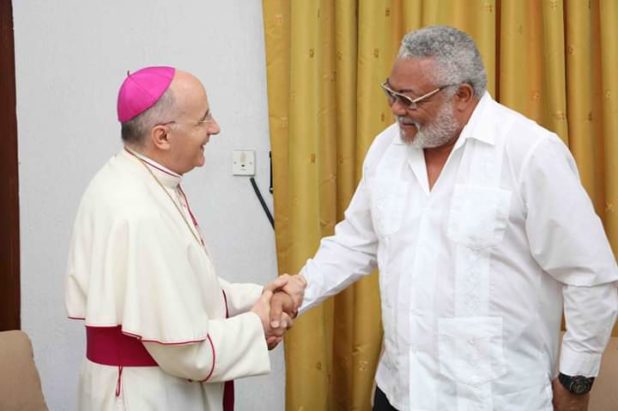 Earlier, Monsignor Jean-Marie Speich had expressed his gratitude to the former President for his moral support during his tenure in Ghana, referring to some profound statements made by the latter that helped the Catholic Church considerably. 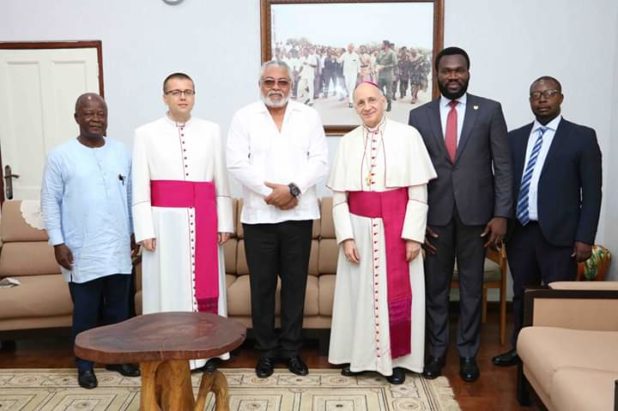 The outgoing Papal Ambassador said at the end of his tenure he felt the need “to come and greet you, thank you and bless you. My mission has not been easy but you gave your continued support throughout my tenure.”

The former President thanked the outgoing Apostolic Nuncio for his efforts to restore some institutional discipline in the Catholic Church of Ghana and prayed that whoever replaced him will maintain similar positive standards. He said it came as no surprise to him that Monsignor Speich was being sent to a complex area like Slovenia and Kosovo.

Monsignor Jean Marie Speich who has been in Ghana since August 2013 has been appointed Apostolic Nuncio for Slovenia and Kosovo.

Present at the meeting was Monsignor Pavol Talapka, First Secretary of the Apostolic Nunciature in Ghana. Also present were Dr. Anthony Dzegede, Kobina Andoh and Dr. Donald Agumenu all from the office of the former President.