Former President Jerry John Rawlings was in Kyebi on Friday to pay his last respects to the late Osabarima Kyeretwie Boakye Dankwa. 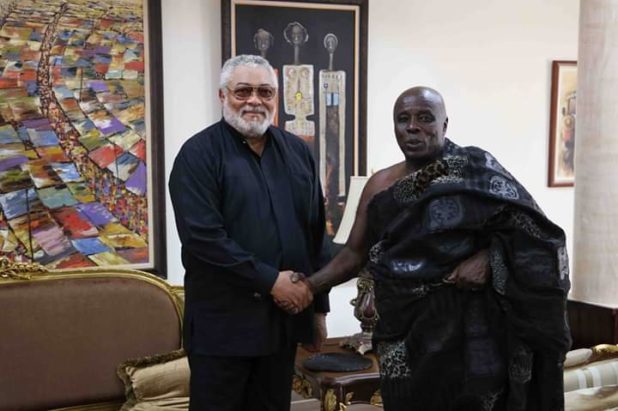 Until his demise at the age of 80, Osabarima Boakye Dankwa was the Abontendomhene of Kyebi. He was also one-time Chairman of the Egle Party, a party which later joined forces with the Rawlings Fan Club, the Development Agenda and other like-minded forces to form the National Democratic Congress. 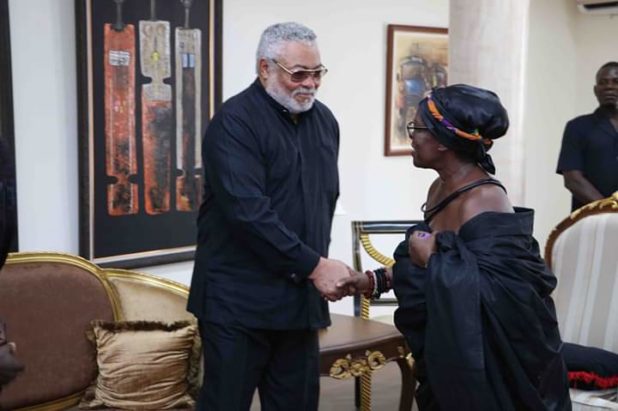 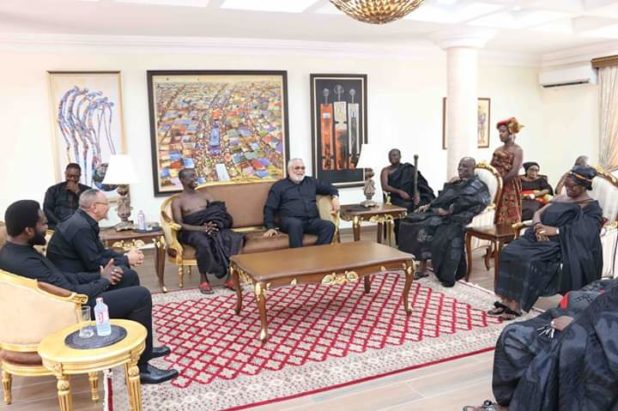 Accompanied by Samuel Nuamah Donkor, a leading member of the NDC and former Minister of Health during the Rawlings administration, Egle Party founder Michael Soussoudis and Dr. Donald Agumenu, the former President called on the Okyehene Osagyefo Amoatia Ofori Panin II at the Ofori Panin Fie to express his condolences on the loss of the leading royal. 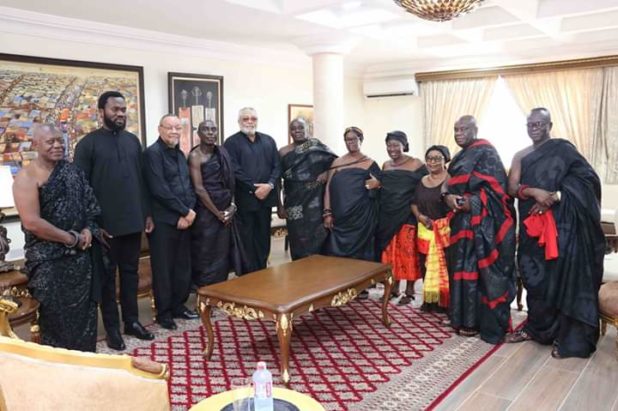 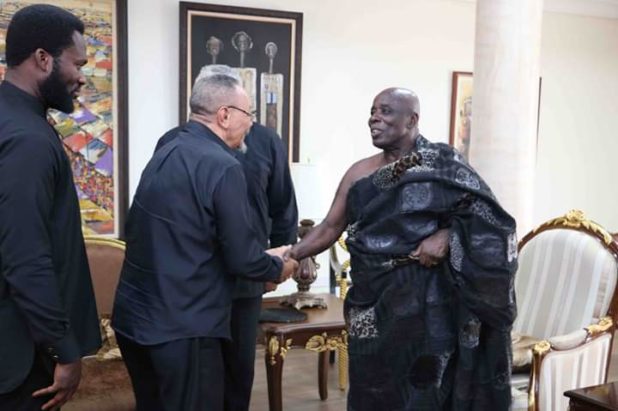 Mr. Nuamah Donkor who spoke on behalf of the former President, said when the former President was officially informed by emissaries of the Okyehene that Nana had passed on, he made it a point to honour the invitation to pay his final respects to Nana Chairman as he was affectionately called during his Egle party days. 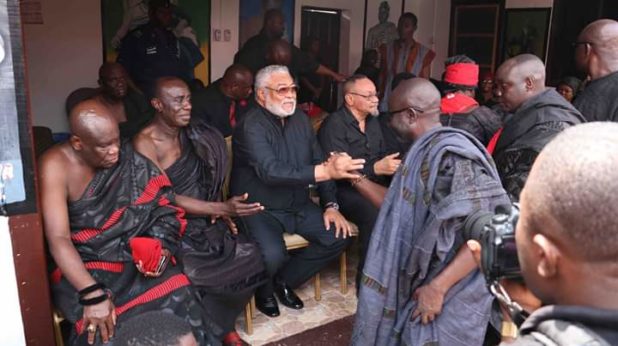 Osagyefo Amoatia Ofori Panin expressed his gratitude to the former President for always responding positively to his invitations and described him as a true friend of Kyebi.

Earlier the delegation had been warmly received by Nana Adutwumwaa Dokua, Okyenhemaa, after which the former President filed past the remains of Osabarima before attending a durbar of chiefs and people, where he donated an assortment of drinks and cash towards the successful conclusion of the rites of passage for the departed Abontendomhene.