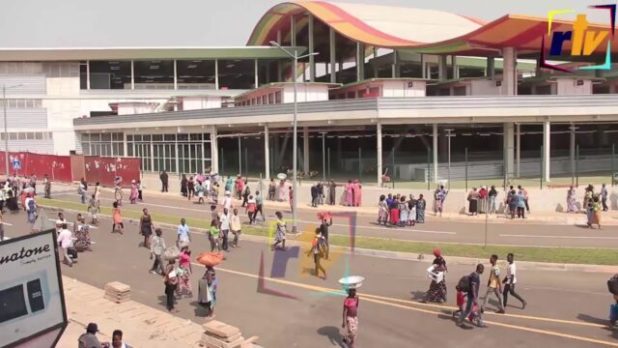 The Kumasi Metropolitan Assembly (KMA) may soon be contending with a heavy protest from traders expecting to move to the new Kejetia market.

The traders are angry at what they say are unnecessary delays from the KMA as far as their movement to the newly built structure is concerned.

Some of the traders, who spoke to Otec News on Tuesday, July 9, 2019, wondered why the KMA kept delaying their movements after the completion and handed over the project to the local authorities.

Elvis Owusu, a member of the validation and verification committee explained that they are being evicted from their current locations and need to resettle in their newly-built shops at Kejetia as soon as possible.

“We are being sacked from Acheamfuo shops. It’s painful, it’s been three months since the project was completed. If they continue delaying, the upcoming demonstration will be more than they can bear” he told otecnews reporters Priscilla Adu Agyamfi and Habiba Sheibu.

The traders are also asking to pay a 20% interest on a loan facility they contracted from Fidelity Bank instead of the stated 23% and a 6-month moratorium before they start repaying the loan.

Phase 1 of the Kejetia Market Redevelopment Project has 8,420 shops. The second one is expected to house 6,500 leasable commercial spaces, 5,400 closed stores; 800 kiosks, 50 restaurants and 210 fishmonger and butcher stores, 40 livestock stores, among others.

For months, the completed project remains shut as traders continue to mark time in uncertainty.

He says delayed allocation and occupation of shops which have left traders in uncertainty, make the commencement of work on phase two incomplete.

The KMA however says they are deliberating on the traders’ concerns with stakeholders and will from next week begin allocation of the shops to the Kejetia Traders Association for trading to begin at the place.

Traders at the Central market are expected to be moved to the new Kejetia facility later.

Previous ‘Kum yen Preko’: We are witnessing float, not demo – NPP MP
Next (pictures) YEA TO ESTABLISH A CASSAVA PLANTATION AND BUILD A FACTORY IN THE EASTERN REGION – YEA’s BOARD