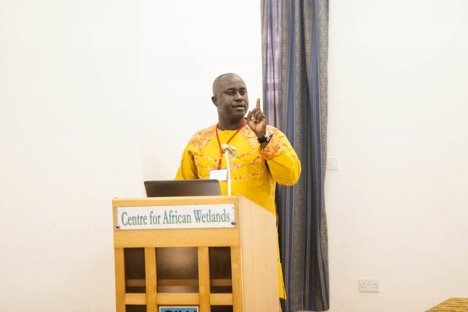 Professor Pius Adesanmi has written his name in gold across the world and one would say he deserves the best treatment in life. Yes! He has impacted many lives across the world through his lectures and continued to do so until his untimely death on Ethiopian Airline Boeing 737 Max 8 jet last week.
The Nigerian-born Canadian associate professor of Literature and African studies at Carleton University in Ottawa, Canada was perceived by many as “super-passionate” and “one of a kind”.

A writer, literary critic and columnist, he has been described as caring, inspirational and hilarious by those who knew him.
“He was a southpaw and with his left-handedness, he would try to emphasize a very positive point that someone may have expressed with the smile on his face and his body language.

“He had the natural humour of most Nigerians, but with a flexibility of Canadian training,” said Dr. Collins B. Agyemang, a lecturer at the Department of Psychology at the University of Ghana and a great admirer of the late Professor.

About five years ago, Pius Adesanmi took on a mission in Ghana as a Diasporan Fellow, filled with passion to help improve scholarship in Africa and support African universities in the area of capacity building in PhD education and graduate studies.

On March 10, Adesanmi was on the ill-fated Ethiopian Airline Boeing 737 Max 8 jet, with flight number ET302, en route to Nairobi as a delegate of the Economic Social and Cultural Council of the African Union.
The Guardian newspaper reported that six minutes after take-off from Addis Ababa, the Boeing jet “ploughed into a field near Tulu Fara village outside the town of Bishoftu, 40 miles (65km) south-east of the Ethiopian capital,” killing all 157 passengers and crew aboard. 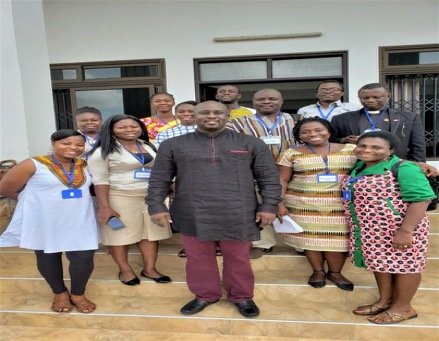 Prof. Adesanmi with some doctoral students at the June 2018 PADA

Adesanmi contributed significantly to academic development in Nigeria, Ghana and other parts of the world. He supported the Director of the Pan-Doctoral School at the University of Ghana, Professor Yaa Ntiamoa-Baidu, in the development of the Pan-African Doctoral Academy (PADA), helping to run pilot programmes to determine the viability of the idea.

“He was a friend, became more like a brother and somebody you could go to at the last minute; and if you needed his help, he would still drop everything and come. Africa lost a great scholar,” said Ntiamoa-Baidu.
Since its inception in 2013, he has been a regular at the doctoral schools held at the University of Ghana, teaching the popular course ‘Career Development for the Emerging African Scholar’ and running writing clinics for young faculty.
“He wanted to improve the quality of PhD studies in Africa,” said Dr. Nana Akua Anyidoho, the Coordinator of PADA. “He wanted to make sure that the young African scholars (doctorate) put their best foot forward in terms of the global academic stage and not just on the Continent.”

A student-centred man who believed instructors must see their role in the lives of students as a privilege that need not be taken lightly, Adesanmi saw students as customers.
“Pius was one of a kind and he tried to simplify the so-called ‘perpetual head damage’ (PhD) programme for everyone,” Agyemang said. “He was an advisor to many students and faculty members.”
Ophelia Anarfi, a PhD student at the Department of Psychology of the University of Ghana and a former Carnegie scholarship beneficiary, said she remembers his fleet of ideas.
“He says one thing and another follows,” said Anarfi.
“And he is always here, every doctoral school, you will find him here. He was a friend to PADA and everyone,” he added.
In the latter part of 2018, Adesanmi almost lost his life in a car accident but that did not stop him from taking part in another doctoral session shortly after in January 2019. He dismissed concerns about his health, insisting PADA was already on his calendar and was too important to miss.
“He had this commitment all around him even as someone who has made a name for himself in global academia,” said Anyidoho. “He had this commitment to the continent, especially to younger scholars on the continent and that is what kept him coming back twice a year to the University of Ghana to be part of the doctoral school”.
The young professor understood the essence of relationships also. He not only walked with great minds in academia but treated all irrespective of status, with respect and dignity.
“Prof. Pius was a very friendly man, anytime he came to Ghana for a PADA programme, as his driver, I transported him,” William Tetteh, a driver at PADA said.
“After a training programme in January this year, Prof. told me we will meet again in June. Yesterday, the secretary told me that my ‘buddy-buddy’ had passed on and since yesterday I have been in pain.”

by;brightwebtv/nana asare barimah Ex-wife of Apraku My Daughter   The ex-wife of the once popular …