The headquarters of the Prophetic True Word Ministries has been set on fire by some unknown criminals. 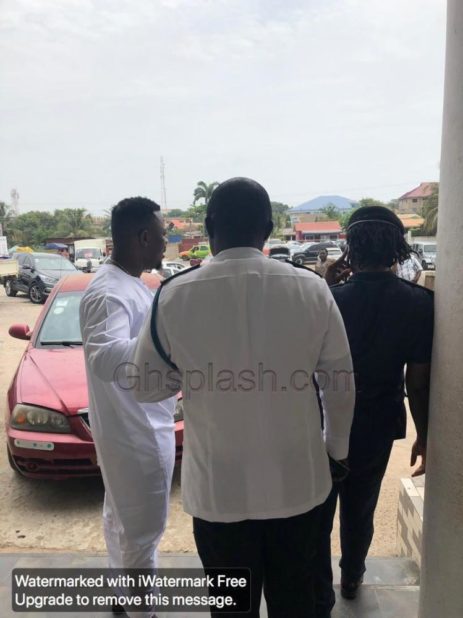 The incident happened few minutes ago at Mile 7 Junction where the church is situated.

Information gathered by Ghsplash.com from the fire scene indicates the incident happened when the leader and founder of the church, Prophet Nigel Gaisie was on radio preaching. 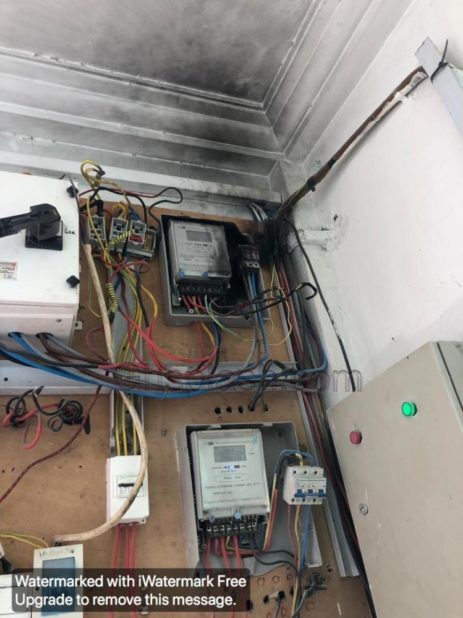 He had to cut short the preaching and rush to the scene when some church members bombarded his phone with calls to inform him.
The pastor rushed there only to see an unknown person jump from one floor on the storeybuilding. 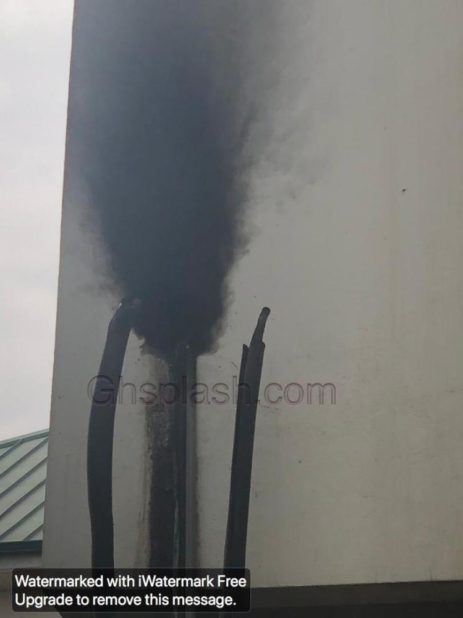 They tried chasing him but he together with his allies were quick to flee the scene. 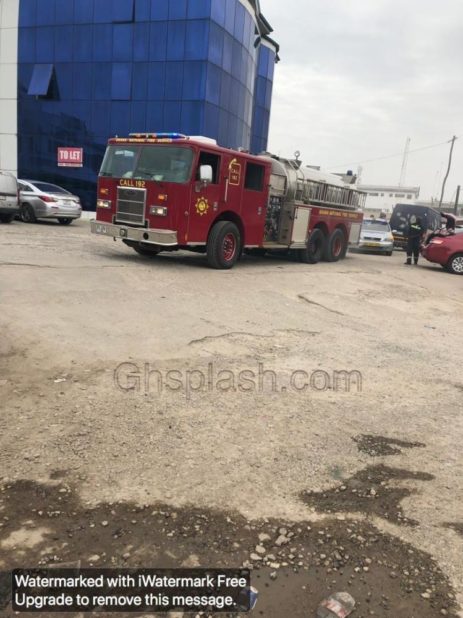 Photos  from the fire scene suggests, they tempered with the electricity meter and wires to cause the fire.

Fire Service and ECG personnel were quick to move to the scene to control the damages.