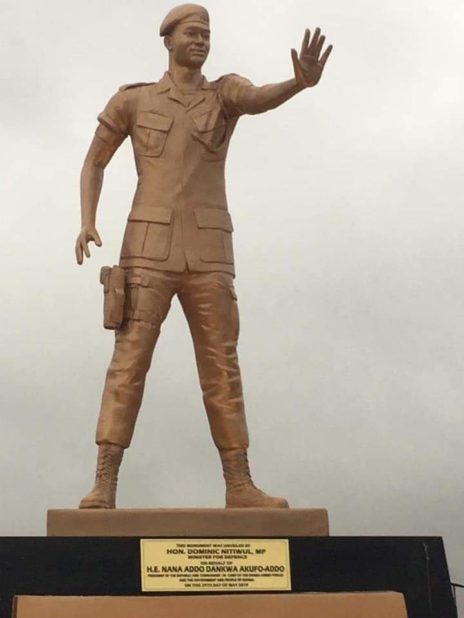 Minister of Defence, Dominic Nitiwul has unveiled the statue of Major Mahama, the soldier who was killed by residents of Diaso in the Upper Denkyira District of the Central Region. 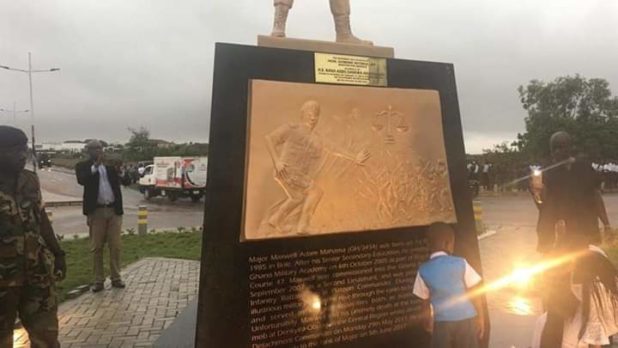 The ceremony was to mark two years since the soldier was murdered at Denkyira Obuasi.
Major Mahama, who was the commander of the Military detachment stationed at Diaso met his untimely death on the 29th of May 2017 after he was lynched by the residents who claimed they thought he was an armed robber. 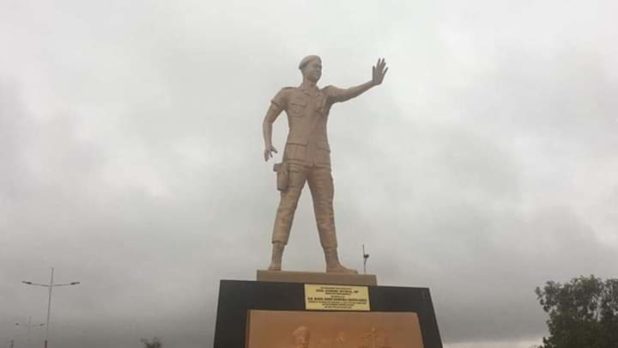 The construction of a 20-foot monument in honour of the late solder at the Airport Hills Roundabout had been met with stiff opposition from a group of residents of La who say they see no reason why the monument should be on their land when the deceased officer was killed.
Unveiling the statue, Mr. Nitiwul called on Ghanaians to learn from the murder and eschew the practice of instant justice.
He said Major Mahama should be the last victim of mob justice.

Besides the statue, a trust fund has been set up by the government to cater to Major Mahama’s wife and children.
President Nana Akufo-Addo also made a personal donation of GH¢ 50,000 towards the fund.
The monument is in line with a request from the family of the late military officer.
Major Mahama’s family made the request known during a courtesy call on the president in 2017, where they expressed the hope that the monument would serve as a reminder of the tragedy and a deterrent to the canker of mob justice in Ghana.
Official Police account indicates that he went jogging along the Diaso-Dominase-Ayanfu stretch when a mob attacked him upon suspicion that he was an armed robber.