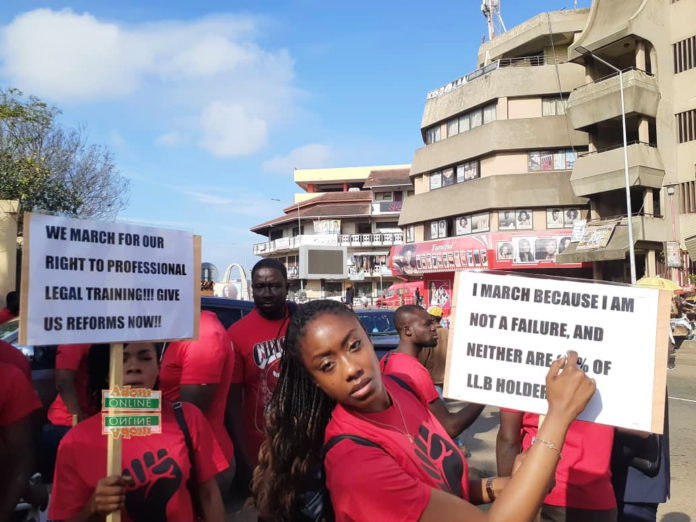 The Deputy Attorney-General, Godfred Dame, has said that the office of the Attorney- General and Ministry of Justice did not call the police to intervene in the law students’ demonstration on Monday.

“Nothing at all happened at the Ministries, we did not call the police, what happened was after the law students had left the Ministry,” he said.

He made this revelation in an interview on Joy News’ evening programme, PM Express.

Mr Dame condemned the manner in which the police handled the students, saying it wasn’t the right way to go about the situation.

He further revealed that he wasn’t bothered by the events that happened including the manner in which he was hassled by the students at the Ministry, saying that he himself had also taken part in demonstrations before and so understood the students.