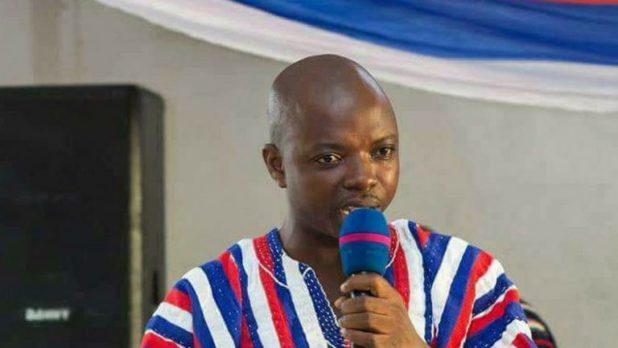 Kwame Baffoe, aka Abronye DC, Bono regional chairman of the New Patriotic Party, has threatened to sue the Bono Regional Youth organizer of the NDC, Efo Worlanyo, over the allegation that he (Abronye DC) has been using the District Assembly Common Fund (DACF) for the 12 Municipal and Districts Assemblies (MDA’s) in the region to finance NPP activities.

Reacting to the allegation on Ark FM’s “Mantam yimu kaseabo” at the weekend the NPP chairman said the action would help unravel the controversy surrounding the distribution of motor bikes to all the 12 constituencies in the region.

“Like Mahama said in 2016 that executives of the NDC are all thieves, so whenever items are brought from the headquarters to be shared to their members they sell them, so they seeing me doing that sounds awful to them. What I did in 2015 is what I’m continuing. This is not the first time”.

“If he thinks this is the kind of job he was voted for to do, then let me tell him the NDC will continue to be in opposition. Just recently former President Mahama released 20 vehicles for campaign ahead of the 2020 elections, so is he trying to tell me Mahama is also a thief”, he stressed.

Abronye added “I am going to sue him for him to prove his allegations. I have every receipt of the purchase for the motor bikes. The NDC shouldn’t try me. Efo Worlanyo does not befit the status as the Youth organizer for the party in the Region”.

The NPP Chairman was reacting to the allegations made by the Bono Regional Youth Organizer of the National Democratic Congress (NDC), Efo Worlanyo, at the “Enough is Enough” walk held in Sunyani at the weekend.

He had earlier in the week donated 24 motor-bikes for distribution in all the 12 NPP constituency offices in the region to kick-start the “Operation 12 seats agenda” of the party.

In addition to the motor-bikes, Abronye DC also presented Ghc 6,000.00 to each of the constituencies to facilitate their activities.

Following his elevation to the position of regional chairman, Mr. Kwame Baffoe announced plans to win all the 12 constituencies in the region for the party, hence the “Operation 12 seats agenda.”

The gesture is primarily meant to resource the party’s structures at the constituency level to enable them to touch base with the various polling stations and to propagate the party’s success story to the electorate.

Previous TODAY THURSDAY, 16 MAY 2019 NEWS PAPER HEADLINES
Next I will soon stop acting and become an evangelist – Tracey Boakye reveals