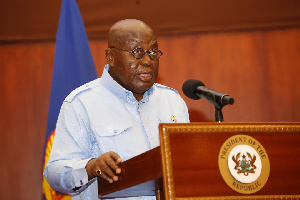 President Nana Addo Dankwa Akufo-Addo has directed the Minister of Communications, Ursula Owusu-Ekufful to suspend her directive to the Ghana Broadcasting Corporation to shut down three of its Digital Terrestrial Television (DTT) channels.

In a release from the office of the President signed by the Director of Communications, Eugene Arhin, the president did not give any reasons for the directive.

The Minister of Communications generated controversy when she addressed a letter to GBC indicating her outfits intention to reduce the number of channels operated by the state broadcaster on the DTT platform from 6 to 3.

Following that, there has been a lot of resentment from some institutions and individuals to the directive.

The National Media Commission in a release had stated that the ministry lacked the mandate to give such a directive.

Below is the release from the Presidency 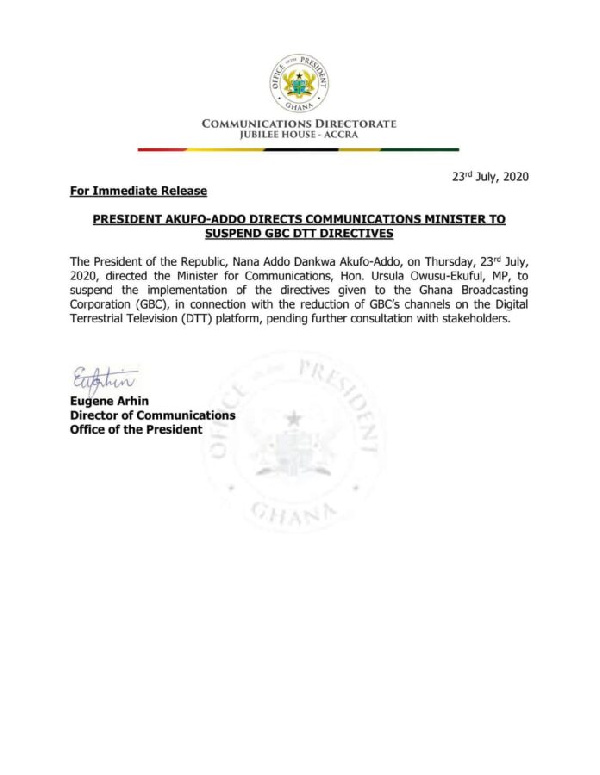