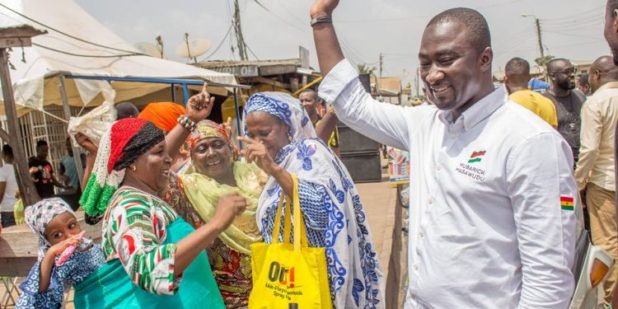 There is seeming tension in the Asawase Constituency as members of the opposition National Democratic Congress are divided following the emergence of a new person who is seeking to contest, Muntaka Mubarak, the sitting Member of Parliament, in the party’s internal elections.

Delegates of the party in the Constituency have formed camps to throw their support for Muntaka Mubarak and the prospective parliamentary aspirant, Mabarick Masawudu.

Supporters of the prospective aspirant are already accusing constituency executives of frustrating processes to allow him pick up nomination forms to contest the party’s parliamentary primaries.

The supporters have served notice they will resist attempts by the executives to disqualify Mr Masawudu from contesting the Asawase MP in the upcoming parliamentary primaries.

Fatiu Salihu, a spokesperson for the Concerned NDC Youth in the Asawase Constituency and a staunch supporter of Mr. Masawudu, explained that the constituency executives of the party were deliberately trying to frustrate their candidate from contesting the incumbent MP.

He explained that when the Member of Parliament for the area, Muntaka Mohammed turned up to pick his forms, the process was not as strenuous as it was for his candidate.

In an interview with Citi News, he was however confident of his candidate’s chances going into the primaries, adding that he is very confident of victory.

He further called on their supporters to exercise restraints even as they diligently go through the nomination processes.

“They are doing this to frustrate our efforts, but I am sending a word of caution to whoever is behind this, that it will not work. Whether they give us this today or not, we are going to pick this nomination, we are going to contest this election and we are going to win. I have it from source that the Member of Parliament picked his nominations himself and such details were not asked. Why us? We are equally members of this party. I am pleading with all to exercise restraint ahead of this election. We can only win this election if we are patient and very firm.”