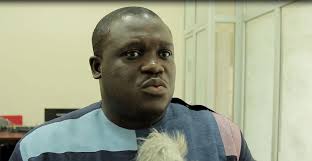 The decision by the Minority in Parliament to wield placards that read “bloody widow” has been justified by Ningo-Prampram Member of Parliament, Samuel George Nettey.

Sam George as he is known to many has described his side’s action as “normal parliamentary practice”.

National Democratic Congress (NDC) MPs Tuesday morning walked out in protest against the swearing in of Lydia Alhassan, the newly-elected MP for the Ayawaso West Wuogon constituency.

The Parliamentarians said they did not want to be associated with the process. While walking out, they raised placards with the inscription ‘Bloody Widow’.

This conduct by the Minority has been condemned by many who believe it is an affront to the August House.

But speaking on Asempa FM’s Ekosii Sen programme Tuesday, Sam George said though he did not see the supposed placards, the Minority did not err.

He explained that it was a fact that the Ayawaso West Wuogon by-election was a “bloody bye-elections” thus such description was apt.

The Ningo-Prampram MP cited how even President Akufo-Addo and late President Atta Mills while delivering their State of the Nation addresses suffered similar hecklings in Parliament to buttress his point.

Sam George, however, ever urged Lydia Alhassan to take it in good faith since it was normal in Parliament.