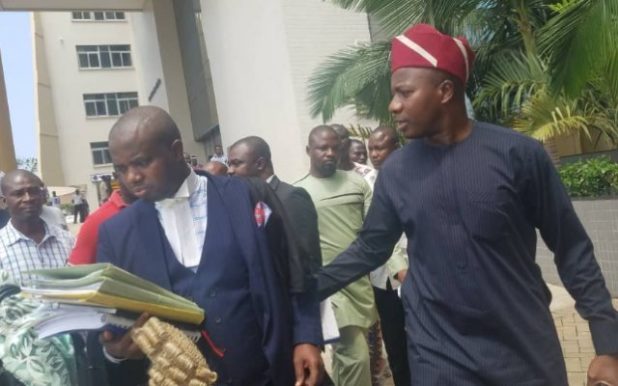 The Financial Court 2 Division of the Accra High Court presided over by Justice Afia Serwa Asare Botwe has admitted Bawku Central MP, Mr Mahama Ayariga, to a self recognisance bail bond of GHS100,000 after pleading not guilty to charges of abuse of public office brought against him by the Special Prosecutor, Mr Martin Amidu.

The Court also admitted the other accused persons, including the Municipal Chief Executive of Bawku, Hajia Hawa Ninche, to a bail bond of GHS50,000 with two sureties.

The court further directed the accused persons to leave their passports with the court registry.

Also, the court granted the request of Mr Ayariga’s lawyers to strike out counts one (1), three (3), four (4) and five (5) from the charges. They argued that those offences are not within the remit of the Special Prosecutor.

By consequence, the second accused person, Mr Kendrick Akwasi Marfo, has been discharged and Mr Mahama Ayariga has only count two (2) – Using Public Office for Private Benefit Contrary to Section 179C (a) of the Criminal Offences Act 1960 (Act 29) – to answer to.

Earlier in the day, the court dismissed an application filed by Mr Ayariga, in which he challenged the capacity of the Special Prosecutor to prosecute him on tax evasion charges.

Mr Amidu’s suit against Mr Ayariga was filed a few weeks ago. Five charges were levelled against the lawmaker initially.

Mr Amidu alleged that Mr Ayariga abused the privileges he enjoyed as an MP by conniving with a private company to secure a loan, import three vehicles from Dubai at cheap prices and failed to pay duties on them under the guise that they were for official duty.