The United Progressive Party (UPP) has sacked its 2016 flag bearer Akwasi Addai Odike.
The party, prior to the 2016 general elections, suspended Mr Odike for breaching its constitution and naming his son as the acting General Secretary. 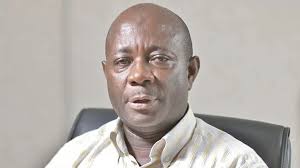 The National Executive Council (NEC) on Tuesday, 12 March 2019 voted unanimously to kick Mr Odike out of the party.
Addressing the press shortly after the decision was made, Mr Bukari Kuoru, the acting General Secretary of the party called on eligible Ghanaians interested in the flag bearer slot to pick nomination forms from the party’s office.

He said: “Upon several deliberations, NEC has resolved to weed out a thorn in the flesh of the UPP. In accordance with Article 29 and Article 16 (3) of the party’s constitution, Mr Kwesi Addai Odike has been dismissed indefinitely by a unanimous decision by NEC acting on the advice of the national council until further notice.

“Voting has been done and in compliance with Article 28 of the party’s constitution, Mr Kwesi Addai Odike, henceforth, ceases to be a member of the party and as such cannot carry out any executive duties, parade himself in the name of the party or on behalf of the party in any instance whatsoever.

“Now that he is out of the way, the UPP shall go on and any eligible Ghanaian interested in occupying any position in the party can come forward to the party’s office and take or pick a form”.

According to Mr Kuoru, the party has also opened its office for persons interested to contest as parliamentary candidates. He further noted that the national interim executives will stir the affairs of the party until it goes to Congress on a yet-to-be-announced date.

Just in: Sammy Gyamfi picked up by CID

By:brightwebtv.com/nana asare barimah Leaders of the party together with some demonstrators The Ashanti Regional Secretary …