Bugri Naabu QUITS politics to be enskinned as chief on Saturday 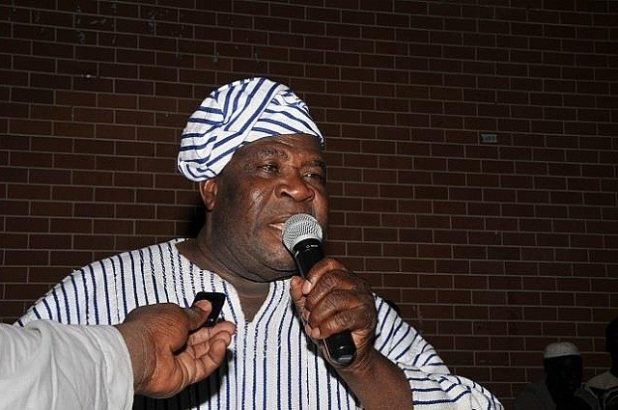 Former Northern Regional Chairman of the New Patriotic Party (NPP), Mr. Daniel Bugri Naabu is officially quitting politics as he is set to be enskinned as a chief in his hometown on Saturday June 29, 2019.

Bugri Naabu who is a member of NPP’s Council of Elders is also expected to abdicate his position after the enskinment as it will be in variance with provisions of the 1992 constitution where chiefs are barred from taking part in active partisan politics.

According to information gathered by MyNewsGh.com, Daniel Bugri Naabu will be enskinned as chief of Namong with the skin name, Namong Lana II by the Overlord of the Mamprugu Traditional Area, Nayiri Naa Boahigu Mahami Abdulai Shriga II at his palace.

It would be recalled that in April last year, Mr Bugri Naabu lost his reelection bid to retain his position as Northern Regional Chairman to businessman Alhaji Mohammed Baantima Samba after a fiercely contested race.

His closest contender who polled 312 votes as against his 116 votes.

Ever since his painful defeat, the former Northern Regional Chairman of the New Patriotic Party (NPP), is prepared to allow issues of last year’s Regional Delegates Conference slide easily with some irreconcilable differences still reigning between him and Samba.