The Member of Parliament for Kumbungu, Ras Mubarak has described a decision by Parliament to build a new 450-seter chamber as a misplaced priority.

A design for the new edifice was unveiled by the Speaker, Mike Ocquaye during a courtesy call on him by the architect David Adjaye on Friday.

Majority Leader, Osei Kyei Mensah Bonsu in explaining the reason for the new edifice said the space in the current chamber no longer meets the purposes of the House.

“But now, when all members are in the chamber and ministers appear, some have to stand which is not the best so it is the reason for the new edifice,” he said. 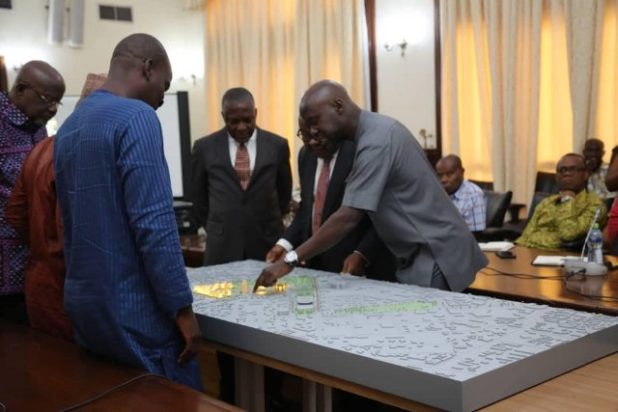 The current chamber was designed and built by Ghana’s first president, Kwame Nkrumah.

But while his colleagues have shown support for the new project, Rass Mubarak sees no need for it.

He sees nothing wrong with the current chamber saying, “if it is not broken, why must we attempt to fix it? And to think that we are even contemplating building a chamber to take up 450 MPs for the future for me is an outrage.

“We are a very small country and even if the population of Ghana reaches 50 million, this country does not need 450 members of parliament and I think as a country, we seriously need to get our priorities right,” he said in an interview on told Joy News.

He worries about how to explain the current decision to his constituents when they lack basic amenities like water, schools and roads.

Also, at a time where he believes citizens are losing trust in politicians, a new chamber for him, is out of place.

“Look at the architecture of Westminster…they do not have enough seats for members of parliament and MPs will come and stand in the chamber, in Westminster, where we learned all this from.

“So why are we doing this to ourselves when we have serious issues of under development to deal with,” he queried.

The new structure is expected to have libraries, a parliamentary museum, prayer areas for MPs of all religions, a canteen, interview areas, among others.

The current parliamentary chamber which can seat up to only 270 MPs will be turned into an auxiliary conference facility for parliament.

Construction is expected to begin before the end of 2019.