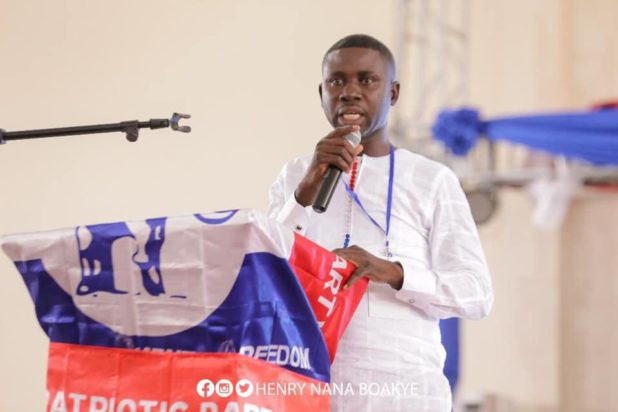 According to him, inasmuch as the youth in the Ashanti region are ready to lead the party once again into landslide victory in next year’s election, it was also important that the youth be well resourced both logistically and monetary aspect to carry out such duties.

Taking his turn to give account of his stewardship as the Ashanti Regional Youth Organiser Delegates and Party Leadership at the just ended youth conference and rally in Tamale, Mr. Kwakwa gave assurance that Ashanti Youth were prepared to galvanize massive support from the Region with the youth as the base.

To Mr Dennis Kwakwa, he is clearly aware of the fact that Ashanti Region was not just the stronghold, but also occupying a strategic landmark location on the Political map of Ghana and that the party’s success and otherwise largely depends on the region “therefore, we wish to state here that the leadership of our party must ensure that the Ashanti region is adequately resourced in order to effectively and efficiently lead to cause”.

He said the enthusiasm of the “Ashanti NPP always spills over and diffuses to all other political regions of the country to ginger them to raise their campaigns.”

Outlining some of strategies towards membership mobilization, he stated that he was going to lead a targeted agenda “to target first time voters who are beneficiaries of government’s free SHS policy to ensure the party benefits from implementing good life saving policies for the youth.”

The youth leader further added: “The project seeks to get first time voters in the upcoming elections to vote for the NPP and sustain the strategy for all elections using the blue print that has been developed and tested during the 2016 elections”.

Dennis Kwakwa also briefed the conference on how the youth were leading an onslaught to ensure the success of the overall Regional agenda-operation 47/47. “The visibility at the polling station level will hold the front till the end of the elections. The party therefore, must commit more resources to the real foot soldiers to ensure agenda 47/47 in Ashanti comes to fruition, to whom much is given, much is expected”.

He concluded that Ashanti Region under the leadership of Chairman Wontumi would surely deliver 30-35% of the 50%+1 popular votes for Nana Akufo-Addo to retain power.