Dismiss it with contempt!” – Mahama charges supporters over leaked tape

The 2020 flagbearer of the main opposition NDC, John Mahama, has rallied his party to dismiss a leaked tape outlining plans to foment insecurity ahead of the general elections.
John Mahama told supporters Saturday, to “dismiss [the tape] with all the contempt that it deserves”. 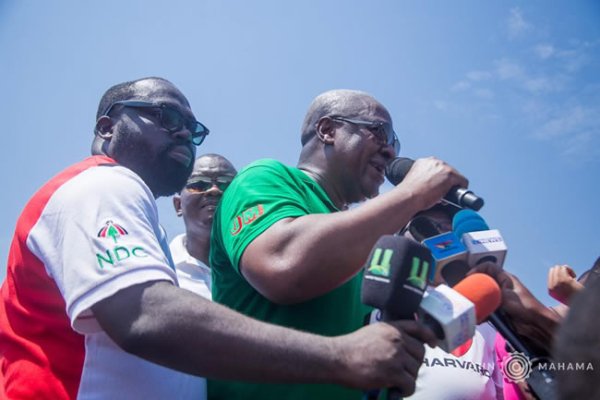 The NDC has come under criticism after its National Chairman is heard plotting its 2020 election strategy which included training and arming party militias, denigrating political arbiters such as the Electoral Commission and the National Peace Council.
Full transcript of leaked NDC audio

The party has attracted wide condemnation after it branded the leaked tape concocted and doctored. 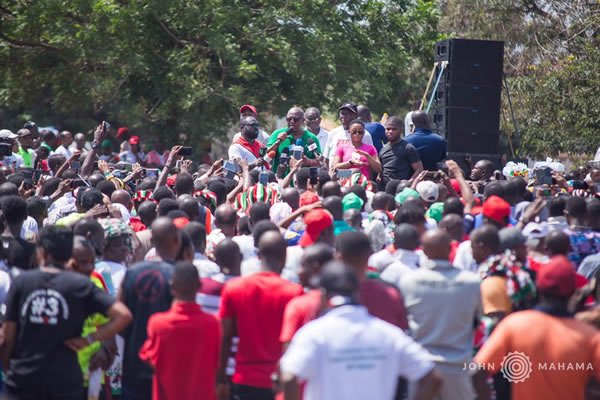 Samuel Ofosu Ampofo seen by many as a soft-spoken and cool headed politician is being investigated by the CID while the governing party has called on ‘true’ NDC members to pressure him to resign.
But at a walk to boost morale in the party in its third year of opposition, former President John Mahama said the leaked tape is “distraction” thrown in by an opponent “good at propaganda” 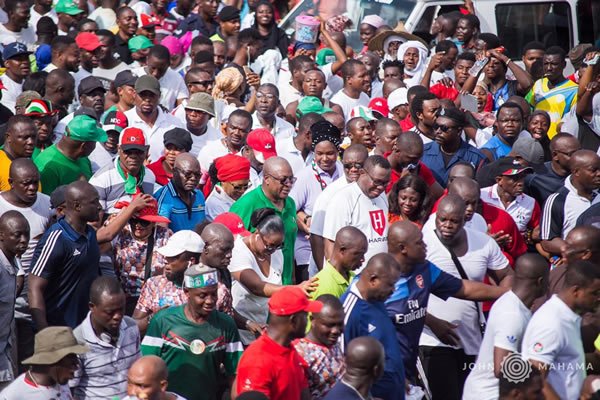 John Mahama who after his election as 2020 flagbearer last week stressed “absolutely nothing” can stop the party from winning backpower in 2020, urged supporters to remain focused.
“Our message must be to the Ghanaian people. Let us tell the Ghanaian people what we can do for them and cease the endless argument with the NPP”.
The former President indicated the NDC has an electable track record in government which it can sell to the electorate.

“Ghanaians have seen that we are masters at delivering health infrastructure…educational infrastructure…road infrastructure”.
He claimed the party’s office was bugged by the NPP government, a claim the Information minister has denied. John Mahama criticised, the Akufo-Addo government is not focused enough on solving Ghana’s problems.

“It is only a government that has too much time on its hands because it is not working that will have time go and bug the office of its opponent. We don’t have time for that”.
The NDC emerged from its presidential primaries last week with party leaders talking up a new determination to return to power after losing to the NPP in December 2016.
Giving his victory speech after a praised electoral process, John Mahama predicted, the governing NPP would work to divide the party and called for unity in the face of distractions.
Less than 48 hours after his victory last Saturday, the leaked tape surfaced Monday gaining wide media attention. It pitted the NDC National Communications Officer Sammy Gyamfi against his deputy Kwaku Boahen.
While Kwaku Boahen said the tape was authentic, Sammy Gyamfi called it doctored. The official party position has backed the National Communications Officer’s position.