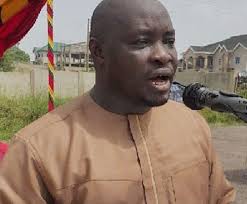 The feuding factions in the clashes in Asokore Mampong in the Ashanti region, have committed to peaceful means to resolve the impasse.

The decision followed a series of meetings after the latest clash claimed two lives and wounded many others at Dagomba Line, which has been the centre of the violence.

“The sort of remorsefulness that has been exhibited and you feel it down there. We are hoping and praying that it wouldn’t escalate. This might be the end of it,” Municipal Chief executive, Alidu Seidu, assured.

At least 120 suspects were picked up by the police in connection with the disturbance.

They were remanded into prison custody by the Asokore Mampong Magistrate Court.

Alhaji Alidu dismissed reports of the clashes having ethnic undertones.

Meanwhile, the leadership of the Dagomba Community says it will collaborate with security agencies to quell any attacks involving its members.

Fuseini Abubakar who heads the community in Ashanti Region says the elders, including the office of the Deputy Chief Imam, are ready to resolve the matter.