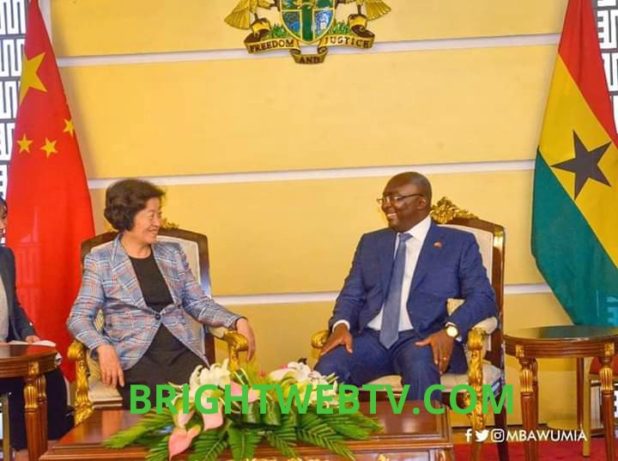 The first tranche of the ‘bauxite for development’ barter agreement, popularly known as Sinohydro deal, signed between the Government of Ghana and the People’s Republic of China has been released, the Vice President of the Republic,brightwebtv.com can confirm. 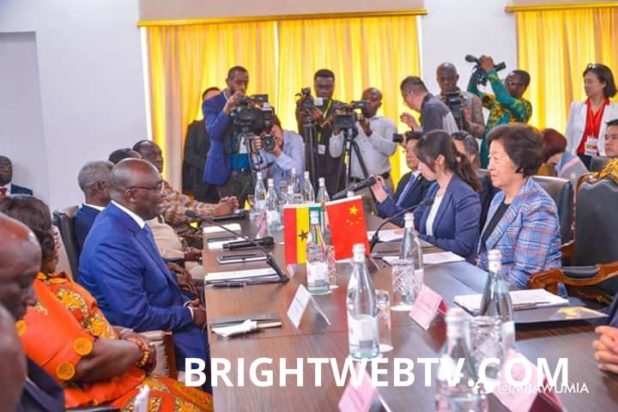 Speaking in Accra on Monday, 11th November 2019 at the Jubilee House, Vice President Bawumia indicated that projects under the agreement have been grouped in Lots, and their review and approval is ongoing.

Major progress has been made, Vice President Bawumia stated, with the China and Ghana governments determined to ensure the success of the barter deal, which would see the leveraging of a fraction of Ghana’s bauxite to undertake a massive overhaul of her infrastructural, industrial and agricultural base.

Vice President Bawumia made the disclosure when he led a government delegation including Chief of Staff Mrs Akosua Frema Osei-Opare and Ghana’s Ambassador to China, H.E Edward Boateng, for bilateral talks with a Chinese delegation led by H.E Sun Chunlan, Vice-Premier of the State Council of the People’s Republic of China, who is on a three day official visit to Ghana, at the seat of Government. 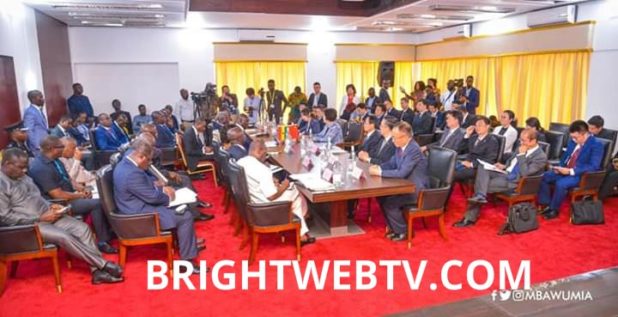 “I want to thank you and the Government of China on our Sinohydro facility. I’m happy that Sinosure (China Export & Credit Insurance Corporation) has approved the first lots of the Phase One. We are happy with the progress. There was a time when people thought maybe it would not materialise but it has materialised and we hope that the rest of the first phase will come through by March of 2020,” Vice President Bawumia stated.

It would be recalled that Vice President Dr Bawumia, after a four day official visit to the People’s Republic of China in 2017, announced the signing of a number of MoUs with Chinese state actors to provide financing for a number of infrastructure projects in Ghana, to be financed by the exploitation of some of Ghana’s minerals, in particular bauxite.

However, some leading members of the opposition NDC have always poured cold water on the possibility of the agreement seeing the light, with some going as far as stating they should be hooted at if the deal materialises.

Dr Bawumia reaffirmed the desire of the Government and people of Ghana to work hand in hand with China to ensure mutual benefit and growth, emphasising that Ghana is determined to learn from China.

“We are also very grateful for your support in the vocational and technical institutes that you are helping us to put together which you are helping us to launch today. It is important because Ghana wants to learn from China, and we know that in China, the development of the skill of the people is very important. This is why the technical and vocational training is very important and why your support is most appreciated.”

H.E Sun Chunlan commended the Nana Akufo-Addo administration for its commitment to the development of the nation, which has informed the implementation of such programmes Planting for Food and Jobs, One District One Factory, One District One Warehouse and the Free Senior High School, which would have a direct, major impact on lives.

“Since I arrived yesterday, I have been impressed with the warmth of your government and the policies you are implementing to develop Ghana. I wish you all the best.”