Governance is about Planning and Common Sense – Mahama mocks NPP. 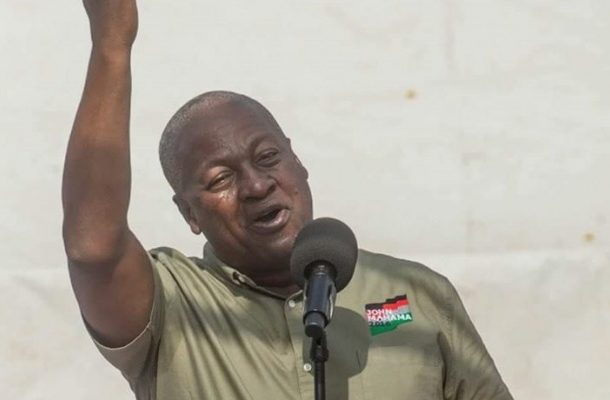 Governance is about Planning and Common Sense – Mahama mocks NPP’s Free SHS
Former President John Mahama has criticized the Akufo Addo government over what he says is the ‘botched’ implementation of Free SHS policy.

According to him the Free SHS Policy is good but the implementation is absolutely poor.

He said governance is about ” planning and common sense” hence the ruling NPP should have first provided the infrastructure to accommodate the exponential students population before carrying out the programme.

The policy, according to him is taking a nose-dive because government failed to assemble experts and stakeholders for a national conference on education to deliberate on the policy.

President John Dramani Mahama is currently on a 5-day campaign tour of the Eastern Region where he’s meeting delegates in various constituencies ahead of the party’s Presidential primaries.

Previous A woman found dead at Serwaa Nyarko Junction in Kumasi
Next Police officer, 2 others busted for robbery