The Member of Parliament for Ningo Prampram, Sam George says he cannot identify the men who handed him the bullet casings from the shooting incident during the Ayawaso West Wuogon by-election. 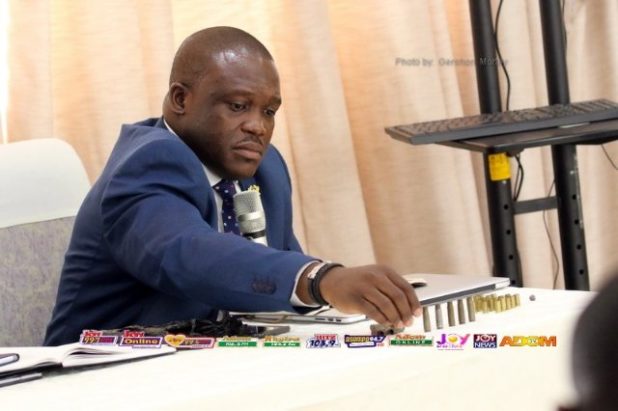 On Monday, Sam George brought before the Emile Short Commission 29 bullet casings to back his testimony before the commission.

The legislator, delivering his account of the violence that happened on the day of the by-election said the casings were evidence that several rounds of ammunitions were fired by the armed masked national security operatives deployed to the constituency to provide security.
But when he reappeared before the Commission on Tuesday and asked if he will be able to identify those who gave him those casings, Sam George categorically stated that it would be challenging for him to do so.

“I don’t know [them] by name. He is one of the young men who was in the vicinity. I don’t know them [or him] by face but if I saw them [or him] today, I should be able to make them [or him] out. They [bullet casings] were given to me in polythene and I presented the casings here. I only counted them subsequently after I left the scene.

Sam George has said some residents in the Ayawaso West Wuogon constituency confronted him with bullet casing alleging that the masked men had shot at them several times.
His testimony contradicted that of the National Security Minister, Albert Kan Dapaah who said the security operatives fired only six warning shots.

Short commission: Sam George presents 29 bullet casings to back testimony
Sam George, like the NDC parliamentary candidate for the constituency who appeared before the commission last week, said he saw bullet marks on some structures that proved that the armed national security operatives fired at some residents of the constituency who had massed up close to the residence of the NDC parliamentary candidate.
He, therefore, brought the casings to prove his point.