A very traumatized Samuel Nartey ‘Dzata’ George, Member of Parliament (MP) for Ningo Prampram has told the Emile Short Commission details of how he was able to flee from his attackers without bullet wounds even after he had received good beatings in the midst of gunfire. 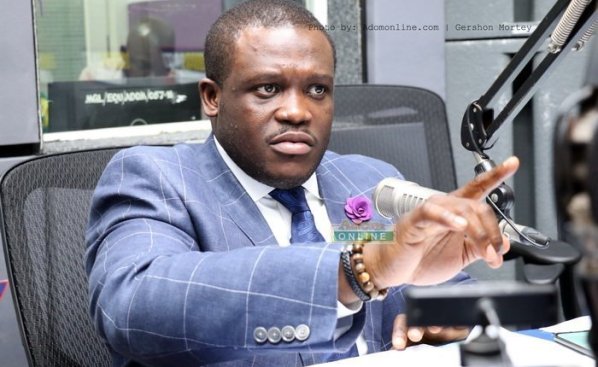 It will be recalled that Commander in charge of National Security SWAT team, DSP Samuel Kojo Azugu confirmed that the ‘attired’ civilian operative who assaulted the Member of Parliament for Ningo-prampram, Sam George during the By-election at Ayawaso West Wuogon was a member of the SWAT team.
On Monday, February 11 2019, the three-member Commission set up by Akufo-Addo begun work to probe the shooting incidence that occurred during the Ayawaso West Wuogon by election on January 31 2019.
Some masked national security operatives shot and wounded some supporters of the opposition National Democratic Congress (NDC) at the private residence of the NDC’s candidate which was also close to the La Bawaleshie Presby polling centre.

Sam George, after initially declining to testify finally appeared before the commission in the company of his lawyers.

According to him, his experience from watching war films made it possible for him not to run in straight line because gun shots were being fired in his direction as he fled the scene to take shelter in a three-storey building that served as a polling station. Mr George at a point at his hand trembling in the course of proceedings.
“Shots were immediately fired into the air. I immediately took cover against a wall and stood against it. Because, the next 60 seconds appeared to be stuff from an action movie.  I saw a number of the armed men pull out their side weapons and fire into the direction of the crowd. I saw Double [a National Security operative] pull out his AK 47 and fire.  The gun jammed; I saw him clear his chamber, reload the gun and fired several rounds from his AK47.” he told the Commission.
“My Lord, recounting this leaves me a little traumatized because this was live fire straight at unarmed Ghanaian citizens and a Member of Parliament.  In all honesty, my conclusion is that those shots were being fired at me. So  I was running in a straight line when I heard  it [shot]. Maybe I have watched one movie too many [times], I realized I shouldn’t run in a straight line so I took a detour instead of running straight.”
The sitting is due to continue tomorrow.