The President of the Republic, Nana Addo Dankwa Akufo-Addo, says the increased presence of members of the Ghana Armed Forces in the Upper East Region is to help secure the country’s borders.

According to President Akufo-Addo, the operations being undertaken by the Armed Forces are part of efforts Government is making “to make sure that terrorist infiltrators do not come into our country to cause problems for us.” 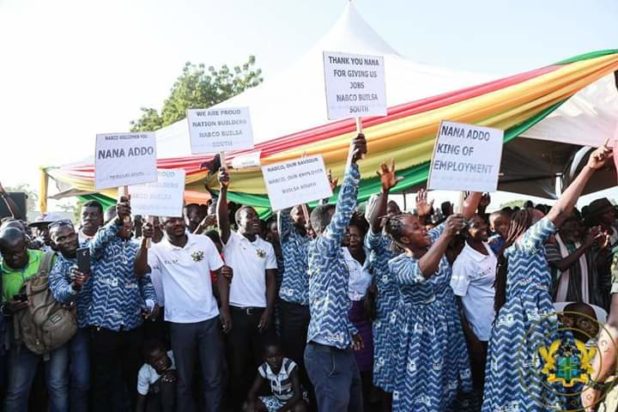 The President told a durbar of Chiefs at Navrongo, in the Upper East Region, on Wednesday, 14th August 2019, that the soldiers “are putting their lives on the line to enable us feel secure and peaceful here”, and as such need the support of the populace in terms of intelligence and information gathering.

President Akufo-Addo recounted the vigilance of Messrs. Gregory Bangbeme and George Bonfodong, members of the Roman Catholic Church in Hamile, in the Upper West Region, who, earlier this year, together with the Church leaders, alerted the Police about the presence in the Church of an armed person, who turned out to be a national of our neighbouring country of Burkina Faso. 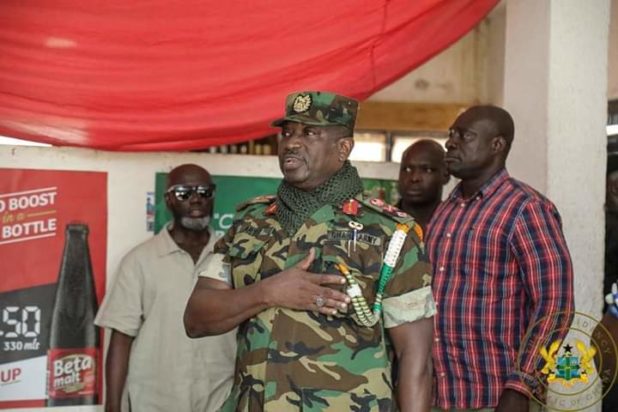 “We need all of us to pull together, and understand that the very survival of our nation is what is at stake in this effort that the soldiers are doing. They are not doing it for themselves, they are doing it for all of us, and I am appealing to you to stand behind them and give them your maximum support so that they can carry out their duties efficiently and successfully for us,” he said. 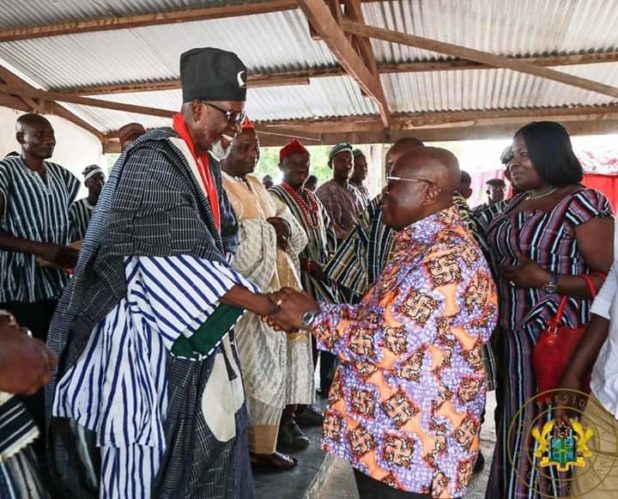 Having visited the troops under the Command of Major General Moses Aryee, at Binaba on Tuesday, 13th August, the President told the gathering that “they are in very high morale, very good spirits, and they are very committed to the task that has been assigned to them.”