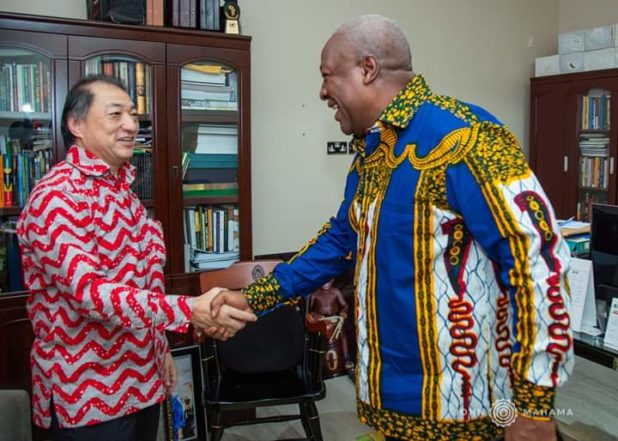 Ambassador Himeno conveyed the warm felicitations of the Prime Minister of Japan, and recounted John Mahama’s long standing and personal relationship with Japan. He also restated his country’s commitment to enhancing its cooperation with the Republic of Ghana and the speedy execution of ongoing projects irrespective of which political party is in government. 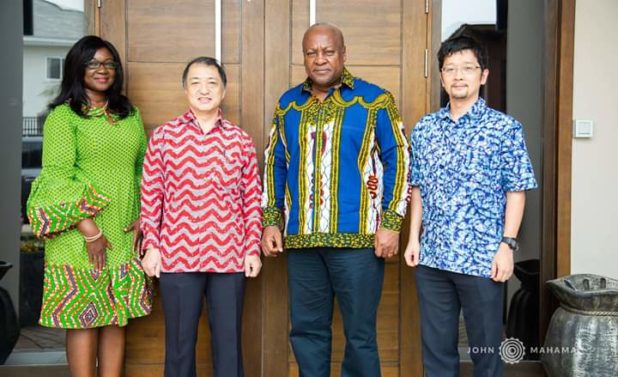 President Mahama congratulated Japan for its support and recalled the successful restoration of the Yen Loan Portfolio following his personal interventions and meetings with Prime Minister Shinzo Abe. He reminded the ambassador about the Volivo Bridge over the Volta Lake, which was the first project agreed for execution under the Yen Loan Portfolio. 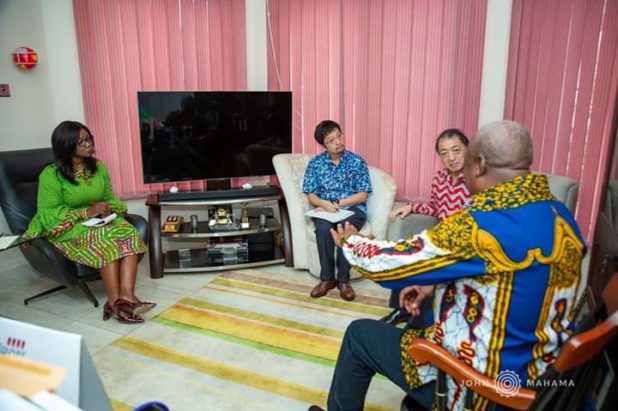 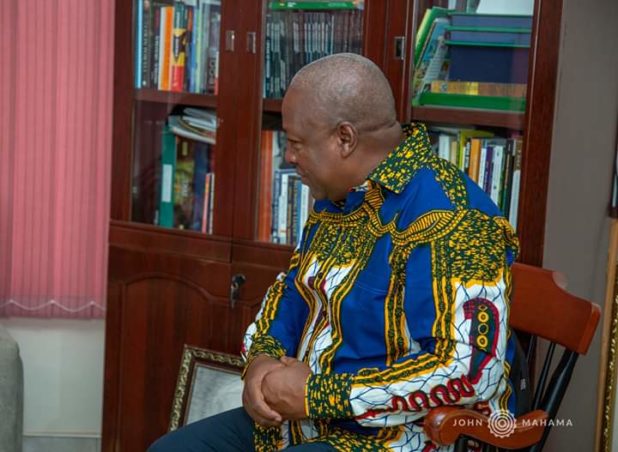 Mr. Mahama also thanked Japan for the 1.6 billion Japanese Yen support towards the construction of an Advanced Research Centre into Infectious Diseases at the Noguchi Memorial Institute at Legon. President Mahama pushed for the establishment of the Centre following the Ebola Virus Disease that rocked the West African Sub region in 2014, following which Japan during a state visit to Tokyo by President Mahama in 2016, signed the agreement for the Centre.

They also discussed other matters relating to the Takoradi to Kumasi road, the Tema Motorway Extension, Edubiase bridge and other projects. Ambassador Himeno said most of the projects will be completed and commissioned in the year 2020.

Other issues discussed include the spate of vigilante attacks, insecurity, the violence that rocked the Ayawaso West Wuogon by-election and the 2020 general elections.

The Japanese Ambassador also briefed the former president about preparations towards the future of the Japanese monarch following the decision of the Empress to abdicate the throne in favour of her son, the Crown Prince.

Mr. Mahama commended Prime Minister Abe and Japan for the stability and economic prosperity being enjoyed by Japan.

Previous Insult me on social media and I’ll sleep with your boyfriend – Mzbel threatens
Next A/R: 31-year-old staff of Dalex Finance stabbed to death