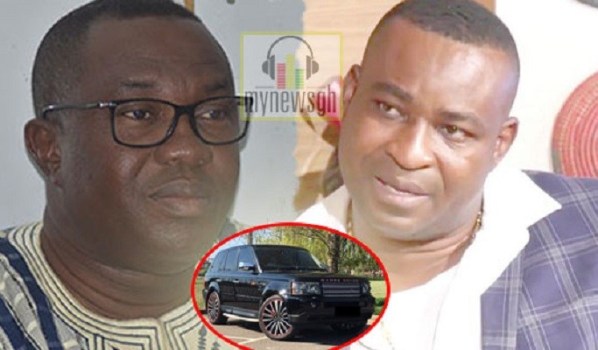 Contrary to rumors Seidu Yakubu Mba, one of the alleged kidnappers of the two Canadians is a member of Pro-New Patriotic Party (NPP), vigilante group, Delta Force, Ashanti Regional Chairman of the party, Mr. Bernard Antwi Boasiako has fingered key individuals in the opposition party for aiding criminal activities of the accused.

“He is neither NPP member nor a sympathizer of our great party. I know Seidu Yakuba has received Range Rover from Mr. Samuel Ofosu Ampofo and was also a personnel bodyguard of John Mahama”, the NPP Regional Chair alleged

“He is with the Hawks and plays vital role for NDC. I can tell you that he was around during the recent gun shooting incident at NDC party office”, he told host of ‘Kro Yimu Nsem’ political talk Show, Aduanaba Kofi Asante Ennin

Earlier reports suggested that the suspected who has been arrested alongside seven others for various roles played in the kidnapping of two Canadian women in Kumasi is a member of the group.

But a statement issued by the leadership of Delta Force signed by Mohammed Seidu stated “The Delta Force Group in the Ashanti Region would like to state unequivocally that the said culprit (Seidu), has never been a member of our group and he’s not part of us. Consequently, the group, thus, distances itself from the conduct and operations of this man called Seidu”