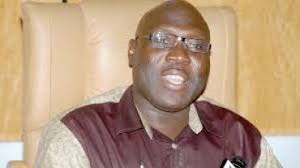 A former Roads and Highways Minister, Inusah Fusieni, has called for a ban on nighttime travel by commercial passenger vehicles in the wake of the tragic bus accident on the Techiman-Kintampo road that claimed over 60 lives last Friday.
“We should take a bold courageous decision to ban night travel of passenger vehicles,” the former minister argued to Citi News.

Mr. Fuseini believes such a move will greatly reduce road accidents in the country.
He also insisted that there was enough proof that long distant travels in the night contributed greatly to the road accidents.

“Why would we allow drivers to continue to drive in the night when they could have the benefit of the sun providing more than a thousand watts of light to see everywhere… driving at night can subject the body of a driver to a lot of trials; exhaustion being the worst culprit.”

Remarking on the MP’s proposal, the Director in charge of Education, Research and Training at the Police Motor Traffic and Transport, Superintendent Alexander Obeng, called for a national dialogue on the matter.
He also said an assessment of Ghana’s transport system was needed in this regard.

“It is a matter for public discourse. If we want to compare ourselves with public jurisdiction, we should look at the state of their transport system. Here we depend solely on the road anyway. Elsewhere, where even where the roads are dualized, they depend heavily on fast train tracks and air support and it is convenient.”

Renewed road safety concern after the accident has sparked a number of proposals including calls for dualization of all highways, installation of speed inhibitors to prevent vehicles from running beyond a certain speed level and use of two drivers during travels of over 4 hours long.
In the accident on the Techiman-Kintampo road, two buses collided between 1:40 and 2 am.
The crash involved a VVIP Kia bus travelling from Garu in the Upper East Region to Kumasi and a Grandbird bus travelling from Accra to Bolgantaga also in the Upper East Region.
A mass burial was held for 39 of the people who died because they were burnt beyond recognition.
–
By: citinewsroom.com | Ghana