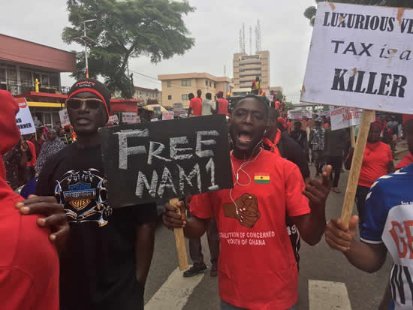 Mr Amankwah has opined that the demonstration was a creation of the National Democratic Congress that has been forced on Ghanaians.

Speaking on Adom TV’s Badwam’s show, Hon Amankwa expressed disappointment at the level of publicity that was given to the demonstration.

“It is scary how much money was paid in advertising the ‘kum yen preko’ demo on Television and on the radio. The Vehicle and Assets dealers Association of Ghana who are even the initiators of the demo rescinded their decision to partake in it,” he noted.

“The NDC decided to go ahead with the demo but I think we are only witnessing a float,” he added.

The Minority caucus in Parliament, the Greater Accra Market Women Association, the Concerned Drivers Union, True Drivers Union, and Free Media Vanguard are among the groups that took part in the demonstration.