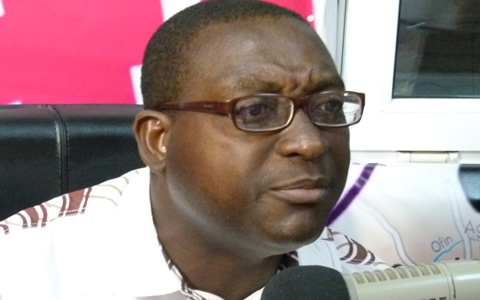 The governing New Patriotic Party (NPP) has laughed off opposition National Democratic (NDC’ s) claim that businessman believed to have run a Ponzi scheme, Menzgold, was encouraged by the Akufo-Addo government.

Yaw Buabeng Asamoah, NPP Director of Communications said, on the contrary, it was the Mahama government that failed to stop the scam that has existed for at least four years.

The failing investment company owned by Nana Appiah Mensah aka NAM1 has left thousands desperate for their monies back after experts point to their operations as a Ponzi scheme.

There is increasing pressure on government to ensure the CEO Nana Appiah Mensah is brought to book after he is said to have absconded to UAE where he is reported to have been arrested.

But the political fall-out of the financial scam has been playing out between the main opposition NDC and the governing NPP.

NDC Communications officer Sammy Gyamfi at a press conference Wednesday pointed to President Akufo-Addo being seen in a photo with NAM1 that has gone viral enhanced the embattled CEO’s credibility.

“The Menzgold problem is largely the creation of Nana Akufo-Addo government. This is because the many overt acts of endorsement and advertisement of Menzgold and its CEO Nana Appiah Mensah….the president and his appointees are inextricably linked to the present predicament of Menzgold customers.”

“Undoubtedly, the open endorsement of NAM1 and Menzgold by this government greatly enhanced the credibility and legitimacy of Menzgold in the eyes of the general public and encouraged many people to invest with the company even after the Bank of Ghana had cautioned against it,” he added.

But in response, Yaw Buabeng Asamoah has argued if a photo means an endorsement, then President Mahama’s photo with a gay activist in 2013, was an endorsed and promotion of homosexuality.

The founder of the Solomon Research Fellowship for the rights of LGBT, Andrew Solomon helped John Mahama promote his memoir, My First Coup d’État, in the US.