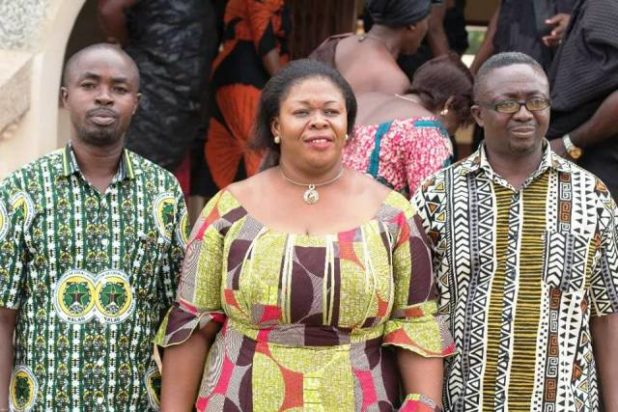 The Minority in Parliament wants the nomination of the Bono Regional Minister Designate, Evelyn Kumi-Richardson to be rejected by the House.
According to a report presented to the House by the Appointments Committee, her approval was only supported by the Majority.

The Minister Designate is the only person in the cohort of Ministers recently nominated by the President yet to be approved.
Addressing the house, the Chairman of the Committee, Joe Osei Owusu, indicated that the nominee has been cleared of any wrongdoing by the Auditor General and she had presented outstanding documents to the Committee.
“The member was taken through various issues. Matters relating to her trip to Canada. Acquisition and usage of the doctorate degree. An alleged frosty relationship with the media and matters relating to the challenges facing the Brong Ahafo Region. Mr. Speaker the Minority members made it quite clear that they will not support the nomination of the nominee. In view of that, the recommendation of the committee is that Mrs. Evelyn Amoah be recommended in the House by a majority decision.”
‘Appointments C’ttee withholds approval’
The Appointments Committee of Parliament earlier withheld Mrs. Kumi-Richardson’s approval because her nomination was under consideration.
MPs raised questions about the academic qualifications of Mrs. Kumi-Richardson who is currently MCE for Sunyani.

Her human relations, some travels she undertook as MCE were some of the issues that the Minority raised during her appearance before the committee.
The Minority leader, Haruna Iddrisu insisted that the Evelyn Kumi-Richardson must provide further information on audit queries and land issues under her purview as Sunyani MCE.

“The onus is not on us as the appointments committee. The onus is on her to provide further and better paricuers to answers on questions on an audit query and matters related to land.”

Mrs. Kumi-Richardson was one of four nominees vetted in the second batch by the Appointments Committee.
All other nominees for the various Ministerial and deputy ministerial roles were approved for the House.
The list includes some ministers and their deputies for the newly created regions as well as Tourism Minister-designate, Barbara Oteng Gyasi and Deputy Health Minister, Alexander Abban.