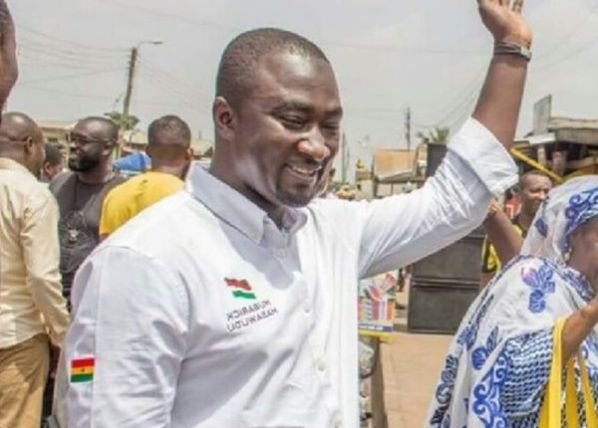 The blame for the shooting incident at the Ashanti Regional Secretariat of the opposition National Democratic Congress (NDC) that claimed one life in February has been laid on the doorstep of Masawuud Mubarick, MyNewsGh.com reports.

Mubarick is the man who has popped up to contest the incumbent Member of Parliament (MP) for the Asawase Constituency, Hon Muntaka Mohammed Mubarak in the upcoming parliamentary primaries of the NDC.

Party officials have however maintained they are unable to accept his nomination because he has been suspended for insubordination, but the aspirant says nothing would stop him from filing, describing the attitude of the leadership as sabotage.

A member of the NDC, Wasiu Iddrisu was shot dead by a yet to be identified assailant at the precincts of the NDC’s secretariat in the Ashanti region in February, when the party’s General Secretary, Johnson Asiedu Nketiah was locked up in a meeting to settle internal party matters involving its security wings and other leading members.

Four persons are standing trial in connection with the murder whiles nine are on the run as, the Ashanti Regional Police Command continues to search for the assailants of Wasiu after publishing the names and pictures of some 13 members of two rival camps of the NDC’s security wings as suspects.

Speaking in an interview on Angel FM monitored by MyNewsGh.com , the Chairman of the NDC in the Asawase Constituency, Alhaji Musah Abubakar alias “Mutum” said one of the reasons Mubarick Masawuud cannot be allowed to contest in the primaries is that, “he fueled the tensions that led to the shooting of Wasiu at the party’s regional secretariat”.

He said he has on a number of occasions taken actions to divide the frontiers of the party and gone contrary to the tenets of fairness, by going contrary to arrangements to campaign for Muntaka’s seat ahead of time, way before nominations were opened, and therefore had to be suspended.

But responding to the allegations, Masawuud Mubarick said “only the phone call records of the deceased and the survivor can reveal the identity of the assailant” and that he knows nothing about the incident.