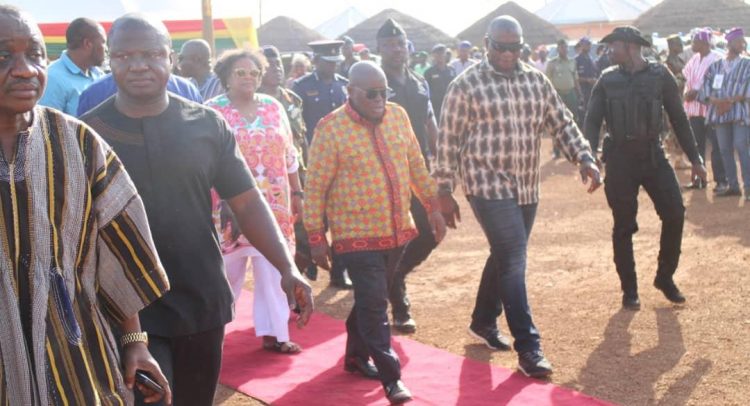 President Nana Addo Dankwa Akufo-Addo has arrived in Yendi for this year’s Damba festival which is celebrated by the King of Dagbon, Ya Na Abukari II.

The President was accompanied by the Prime Minister of Barbados, Mia Mottley and several dignitaries including ambassadors and commissioners.

The King of Dagbon, Ya Na Abukari II is expected to enskin President Akufo-Addo with a chieftaincy title at the Gbewa Palace.

This year’s Damba festival has been made possible due to the fact that Dagbon has witnessed relative peace in recent times.

Over thousands of sons and daughters of Dagbon from the diaspora and across the country have trooped to Yendi to celebrate this year’s Damba festival.

The Damba festival is one of the most celebrated festivals in northern Ghana.