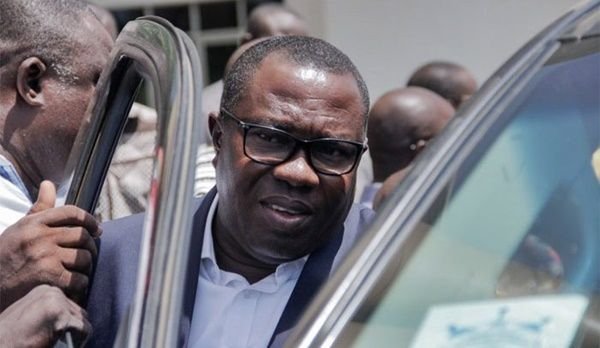 The National Democratic Congress (NDC) has called on its followers to remain calm, following the arrest of its Chairman, Samuel Ofosu Ampofo, Tuesday.

General Secretary of the opposition party, Johnson Asiedu Nketia, in a statement assured the supporters that the “full complement of the party’s legal team is in touch with the police and is closely monitoring the situation.”

Samuel Ofosu Ampofo the statement indicated, tendered himself in to the police following an arrest warrant produced by the law enforcing authority.

This comes after the Mr Ampofo’s refusal to honour an invitation to report to the Director-General of the Criminal Investigations Department (CID), Maame Yaa Tiwaa Addo-Danquah, to assist in investigations into the recent spate of kidnappings and arson in the country.

According to the correspondence inviting him, a suspect accused him of being behind the kidnappings in the country, a situation which informed the police to invite him to assist with their investigations.

Meanwhile, a team of senior party officials is on standby at the Police Headquarters to attend to the situation, the party’s statement added.

“NDC members, supporters and the general public are urged to remain calm and await information on any course of action the Party deems fit in the circumstances,” it concluded.