The opposition People’s Democratic Party (PDP) in the Nigerian Presidential elections has rejected the results currently being declared by the Independent National Electoral Commission (INEC), alleging irregularities and over inflation of results in favour of the ruling All Progressives Congress (APC). 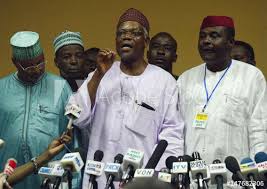 In a move which could throw the already chaotic situation surrounding Nigeria’s elections into further doubt, the opposition has held a press conference categorically rejecting the results which are currently being released by the INEC.

In a move reminiscent of the NDC’s own ‘comfortable lead’ press conference from Ghana’s 2016 elections, the PDP said the results being released are being massaged to help the ruling party win the elections and that they have their own results which show them being in a ‘comfortable lead. 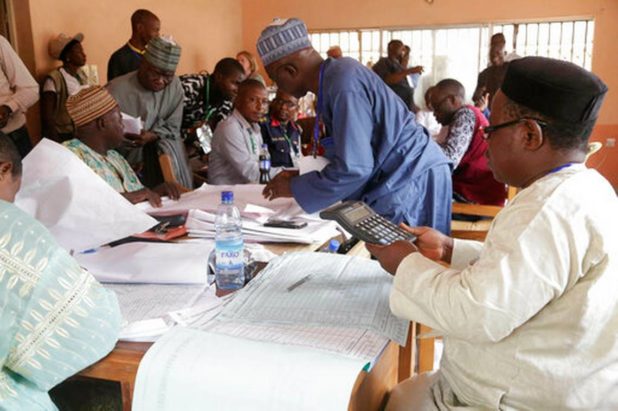 National Chairman of the PDP, Uche Secondus, made the comments during a press briefing held by the party.
“Our collation centres have the original results from all the polling units in the country. That is from where are going to reclaim our results,” he said.
“The results are incorrect and unacceptable to our party. Officials of the APC working with INEC have decided to alter results to affect our people. This must now be resisted by every well-meaning Nigerian. INEC must live up to its responsibility. They are under pressure. We have the facts and when the time comes, we begin to release them.” Secondus added.
The 2019 election pits the incumbent Muhammadu Buhari of the APC against former Vice President, Atiku Abubakar of the PDP.