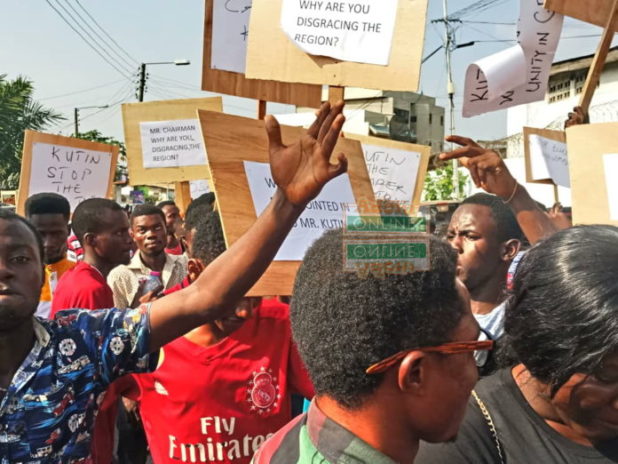 Some aggrieved constituency executives of the New Patriotic Party (NPP) in the Central region have stormed their party headquarters in Accra over the suspension of their Regional Vice Chairman, Ekow Ewusi.

The members are convinced the unlawful suspension of Mr Ewusi was part of a grand scheme championed by the regional chairman, Robert Kutin.

Mr Ewusi was suspended on Monday by the Chairman after he refused to respond to a petition by one Edward Okraku Adum who accused him of engaging in criminal acts including drug peddling.

He was also accused of escaping from prison in the United Kingdom, as well as illegally auctioning seized excavators from mining sites.

But, the constituency executives are convinced the allegations are borne out of jealousy and hatred for the feat chalked by Mr Ewusi since he became First Vice Chairman.

They, therefore, petitioned the national executives to overturn the decision of the regional chairman.

Below is a copy of the petition: 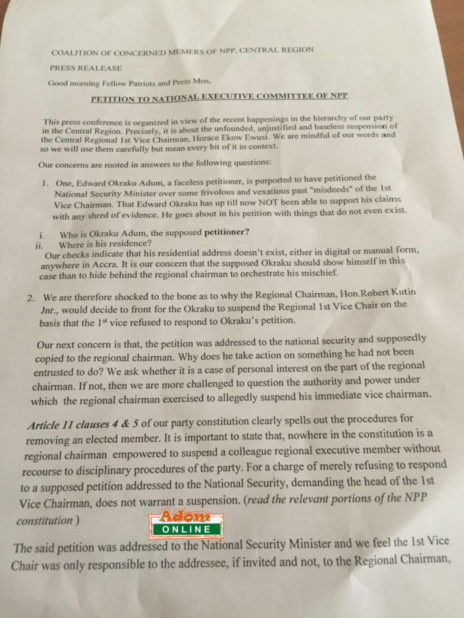 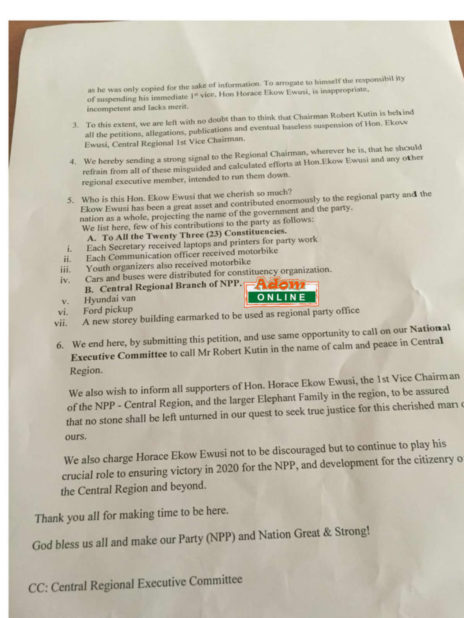