The General Secretary of National Democratic Congress (NDC), has discounted the claim that a mere meeting between the opposition party and New Patriotic Party (NPP), could help solve the menace of party militia in the country. 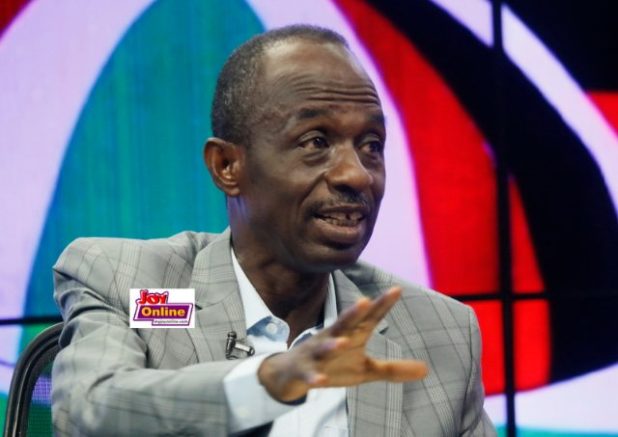 Johnson Asiedu Nketiah said the impression created by President Akufo-Addo in his 2019 State of the Nation Address that, the way forward to solve the menace was a meeting between the two leading political parties was wrong.

He was reacting to the proposal by President Akufo-Addo in the State of the Nation Address (SONA) for the two parties to meet to sort the issue of party militia out.
To Mr Asiedu Nketiah, President Akufo-Addo has lost control “and thinking that somehow when two political parties meet, then they can enforce the laws of the country. I feel so disappointed.”
“The impression I get is that, here, we are with a president who actively participated in recruiting and training of vigilante groups, trained in state facilities, armed with state resources and are moving around in state vehicles, and in effect, embedding his own party vigilante into the state security and now distances himself from the problem and is now calling for two powerless political parties to go and meet.”
He said this was just “something to demonstrate to the international community that something is being done but the reality of the situation is that, vigilantes have done so much harm, and there is sufficient evidence there for state security to take action and state security is dragging their feet and claiming openly that their hands are tied by government.”

“And so we believe that instead of calling a meeting of two political parties to talk about vigilante, he [President Akufo-Addo] should act and allow the state institutions to act.”
“It must begin from the president taking action to cleanse the state institutions of these vigilante elements because, he has recruited so many of them and embedded party vigilantes within the state security,” Mr Asiedu Nketiah alleged.
He based his argument on what he said was evidence unfolding at the Emile Short Commission of Inquiry into the Ayawaso West Wuogon by-election shooting incident where he said some police officers have explained that “even the vehicles which have been labelled as Ghana Police, the police are saying they don’t own those vehicles and don’t know where the vehicles are coming from.”