Odike chases Akufo-Addo for 2016 alliance CASH; insists he must honour his promise

By:brightwebtv.com/ Martin awuku
The founder and leader of the United Progressive Party (UPP), Akwasi Addai Odike is on the heels of President Nana Addo Dankwa Akufo-Addo to make do with a “package” their parties agreed on during the 2016 electioneering campaign, MyNewsGh. com reports. 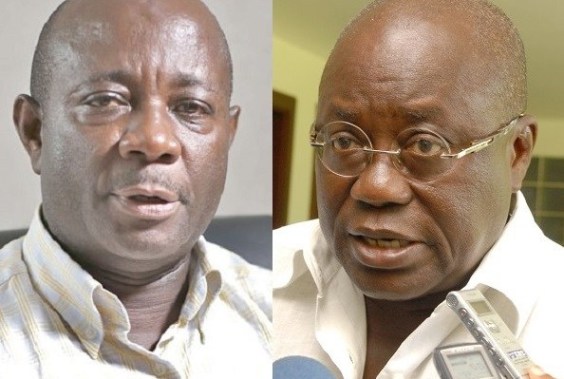 According to him, the UPP negotiated a package with then candidate Akufo Addo of the New Patriotic Party (NPP) before the two parties went into an alliance to campaign for the presidency ahead of the 2016 polls.
It may be recalled that, Mr Odike who had earlier backed out from the 2016 elections, openly declared his support for candidate Nana Akufo Addo in November 2016 and set out to campaign for him from then.
“We are throwing our support to the candidate of the NPP simply because his vision and our vision is almost the same, we believe in industrialization, we think that industries is the best way to turn around the fortunes of this country for the better,” Mr odike said in an interview he granted Citi FM on November 10, 2016.
He added that “Nana Addo is a very humble person, very affable and he is a man of intelligence so we believe that if this man is at the helm of affairs of this nation [and he is also a listener], we can advise him in so many ways to change the fortunes of this country for better.”

Though he would not disclose the details of the said agreement with candidate Akufo Addo and his party, he said persons like the current Mayor of Kumasi, Osei Assibey Antwi is in the know on this issue and are living witnesses.
The businessman claimed his party met with some staunch members of the NPP, most of whom are appointees and ministers of the current government before subsequently meeting with Nana Akufo Addo to finalise the deal at Beauty Queen Restaurant in Kumasi.

His comments come on the back of a meeting by the National Executive Committee of his party in Accra on Tuesday, where it was unanimously voted to kick him out of the UPP.
Speaking on the development on Kumasi-based Pure FM monitored by MyNewsGh. com on Wednesday, Akwasi Addai Odike said the executives took that decision because they feel let down that, more than two years that they helped Nana Akufo Addo to win power, he has not been able to secure the benefits for them.

He said he has tried his best to get the President to fulfill his commitment to the UPP, but it has fallen on deaf ears and that he cannot do anything about it again because his “hands are tied” but maintained nobody can kick him out of the UPP as it has been communicated by the executives of the party.

Previous Cedi fall: You need help, ask for it – Mahama to govt
Next Chaos in University of Education! Gunshots, teargas fired as Police clash with protesting students