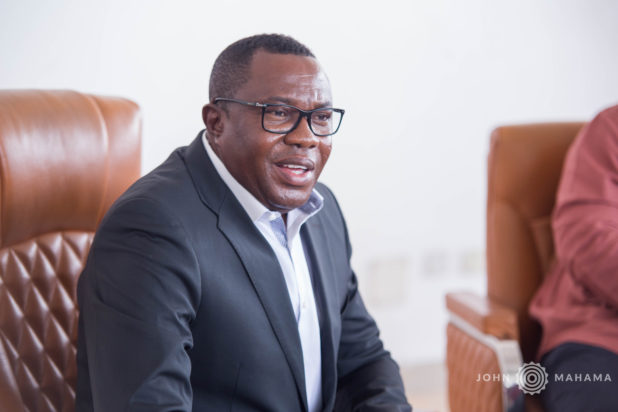 The National Democratic Congress (NDC) Chairman, Samuel Ofosu Ampofo has been released from police custody after being detained for about five hours.

He is to report back to the police on Thursday, June 13.

The NDC Chairman’s electronic gadgets have however been confiscated by police.
Mr. Ofosu Ampofo turned himself into police custody earlier on Tuesday after a warrant was issued for his arrest.

His home was also searched by police but it as yet unclear why the warrant was issued for his arrest.

But Mr Ofosu Ampofo last month refused to honor an invitation to report to the Director-General of the Criminal Investigations Department (CID) to assist in investigations into the recent spate of kidnappings and arson in the country.

According to the earlier invitation, some suspects had named Mr. Ofosu Ampofo during police interrogations.

He is currently on trial for allegedly inciting some of his party’s supporters towards violent acts in apparent response to the violence during the Ayawaso West Wuogon by-election.

He was heard on a leaked recording allegedly sanctioning verbal attacks on some public officers like the Electoral Commission (EC) Chairperson and the National Peace Council Chairperson.

The NDC Chair is facing charges of conspiracy to cause harm and assault on a public officer.