Parliament to engage public after ‘dropping the chamber’ 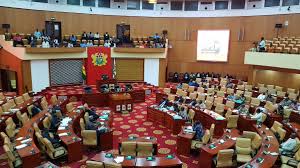 Parliament is set to engage Ghanaians after succumbing to pressure to drop its planned construction of a $200 million Parliamentary Chamber.

A statement signed by the Acting Director of the Parliamentary Service, Kate Addo, said as part of efforts to foster closer ties with the citizenry, Parliament, in collaboration with STAR-Ghana, will organise an interactive forum aimed at strengthening Parliament stakeholder relationship.

It said the forum which is themed: “Broadening Citizens’ Engagement In Participatory Democracy: The Role Of Parliament,” is expected to give citizens an opportunity to interact with the leadership of the House, to enable them to acquire a better understanding of the role and performance of Parliament.

The statement indicated that the forum slated for August 1, 2019, is part of ongoing efforts to dialogue more with the citizens in order to avoid misconception about the institution of Parliament.

The forum is due to take place at 2:00 pm inside the Justice D.F. Annan Auditorium, Job 600 Building.

Parliament was recently in the media for what citizens considered as ‘misplaced priority’ the announcement of its intention to construct a $200 million new Chamber.

Ghanaians took to social media with the #DropThatChamber Campaign, forcing the House to put its plan on hold.