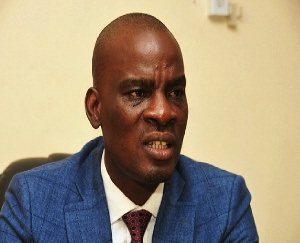 President Nana Addo Dankwa Akufo-Addo has no power to pull the plug and halt the upcoming December 17, 2019 referendum, the Minority Leader, Mr Haruna Iddrisu has said.

According to him, once the President has started the process for the referendum which is to decide on whether or not political parties should be allowed to sponsor candidates in local level elections, he must go through it for the people to decide.

He said as provided in Article 290 of the 1992 Constitution, “once the President has triggered the process, he is obliged and mandated by law to go the full course like a medical dosage,” Mr Iddrisu said in a radio interview with Accra based Joy FM on Tuesday.

Following the break down of consensus for a YES vote in the upcoming referendum, there have been calls for the referendum to be halted by withdrawing it or postponing it.

Some have argued that they prefer a ‘NO’ vote since it will not be prudent to allow partisanship at local level elections whilst others have also said there is the need for more public sensitisation since the education on the referendum has not really gone down.

Some have also said a postponement and organising a separate election just for the referendum would be costly.

They would rather prefer that it should be considered in 2023, the next time Ghana would hold district level elections but there are those who also think that it should be allowed to go ahead for the public to vote on it.

There have been indications that President Akufo-Addo will make a pronouncement this week when he return from his trip to the United Kingdom.

Previous Police HQ told me if Anas has taken my land, I should leave it to God – TseAdo landowner alleges
Next To cancel or not: Akufo-Addo to take final decision on referendum soon – Dep. Minister