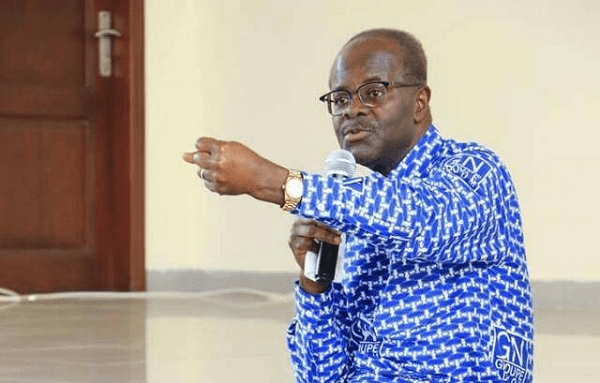 The “targeted” weakening and collapse of Dr Papa Kwesi Nduom’s GN Bank by the Akufo-Addo government, has stripped him of his ‘Adwumawura’ title, made his signature moustache a target of hate from his angry customers, and “deliberately incapacitated” him so that he cannot run for the Jubilee House again, Bolgatanga Central MP Isaac Adongo has said.

“Because of that Dr Nduom is now being abused by customers who cannot access their funds with his businesses which have their funds locked with the government and its agencies,” he said.

GN Bank, which was downgraded to GN Savings and Loans, eventually had its licence revoked by the Bank of Ghana a few months ago.

In Mr Adongo’s view, the recent reforms in the financial sector “have successfully turned a shrewd businessperson such as Dr Papa Kwesi Nduom into a man of hate by persons of all walks of life who are customers of his iconic Gold Coast Fund Management Limited, now Blackshield Ghana Limited and the GN Bank, which was first tortured before it was downgraded to a savings and loans company and finally collapsed”.

“Thanks to the vindictive exercise, Dr Kwesi Nduom has lost his ‘Adwumawura’ title and is now struggling to contain the angst of aggrieved customers who strangely target his signature moustache when venting their frustrations.

“I sometimes wonder if Dr Kwesi Nduom of the Progressive People’s Party will still have the strength of mind and body to contest Ken Ofori-Atta’s cousin for the presidency come 2020, when our own John Dramani Mahama of the NDC will wrest power from the nepotistic leader of the NPP and save our country from further collapse.

“So, if this was not a deliberate attempt to incapacitate Dr Kwesi Nduom from staging a comeback, then tell me what it is”.

Dr Nduom has run for president multiple times on the ticket of both the Convention People’s  Party (CPP) and the PPP which he founded after leaving the CPP.