A member of the opposition NDC who is one of the victims of the Ayawaso West Wuogon By-election violence, Ishau Yaro is on the verge of losing his leg, a statement from his family has said. 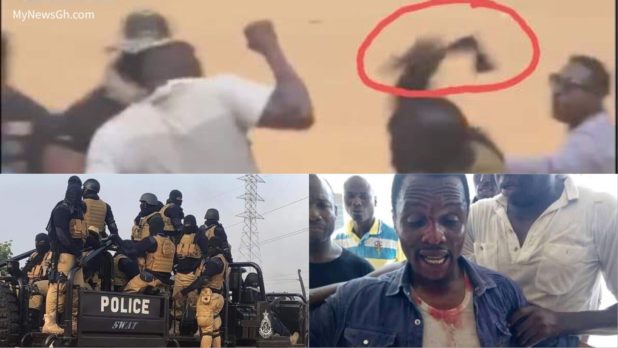 Ishau Yaro was one of the six (some reports say eight) people who were brutally assaulted by National Security Operatives during the Ayawaso West Wuogon by-election, MyNewsGh.com readers may recall.
A statement from the family of Ishau Yaro signed by their spokesman Ibrahim Musa copied to MyNewsGh.com said Ishau is on the verge of losing his legs. The family spokesman who is a confirmed member of the NDC himself pinned the blame on the NPP.
“Our brother, Ishau Yaro is on the verge of losing one of his legs as a result of deliberate firing of guns by hooded armed thugs of the NPP.” He wrote.
He also disputed media stories that Madam Lydia Alhassan, the victor and in his words “the beneficiary of the violence” had donated Ghc5000 to the victim. He said even if she had donated, they would have rejected the offer as
“Our brother is in explicably pains, and we will aggravate his condition if we accept donation from the very person who benefitted from the pains unjustifiably inflicted on our brother.”
The Ayawaso Wuogon by-election was marred by violence as some National Security operatives stormed the house of NDC candidate Delali Brempong.
They claimed they had intelligence that NDC operatives had stockpiled arms in the house.
This generated into some chaos and gunshots were fired at the premises which resulted in the injury of some people believed to members of the NDC. It included Ishau Yaro. 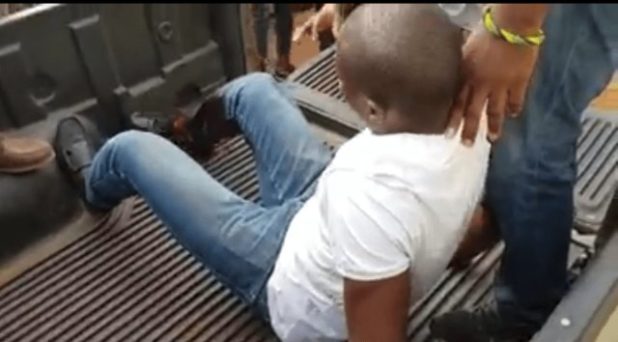 Our attention has been drawn to media reports suggesting that Madam Lydia Alhassan donated GHC5,000 for the upkeep of victims of the January 31, 2019 shooting incident by government sponsored brigands at Ayawaso West Wuogon. While it cannot be gainsaid that Madam Lydia Alhassan and some operatives of the New Patriotic Party indeed visited our son, Ishau Yaro, at the 37 military hospital, we are unware of any donation either from her, her assigns or any official of government either to Ishau himself, any member of our family with him at the hospital or assigns.

For the avoidance of doubt, we have crosschecked with all persons officially assigned to take care of our son at the hospital and, we can authoritatively say, without any scintilla of contradiction, that no donation came to us from the outfit of Madam Lydia Alhassan. Indeed, if there was such donation for the upkeep of Ishau Yaro, it would have gone to the Okaikoi Central Treasurer of the National Democratic Congress who has been the sole receiver of funds from National, regional and constituency executives of the NDC for upkeep of our brother.
Our brother, Ishau Yaro is on the verge of losing one of his legs as a result of deliberate firing of guns by hooded armed thugs of the NPP.
This heinous and un-Islamic conduct was perpetuated with the sole aim of aiding Madam Lydia Alhassan to realize her dream of becoming a Member of Parliament.
Our brother is in explicably pains, and we will aggravate his condition if we accept donation from the very person who benefitted from the pains unjustifiably inflicted on our brother.
We are indebted to the executives of the NDC for the special interest they have so far shown in Ishau Yaro’s case. They have so far paid the medical expenses of our brother and we are grateful for that. By way of emphasis, we have not received any donation from Madam Lydia Alhassan or the NPP, and we do not intend to accept any donation from her. If indeed she has made any such donation as reported, we humbly urge her to call whoever she gave the money to return it. Our preoccupation is to seek justice for our innocent brother but not to accept donations from persons who orchestrated attacks on him.
Signed
IBRAHIM MUSA
(Spokesperson for Ishau Yaro’s family)
0244655016